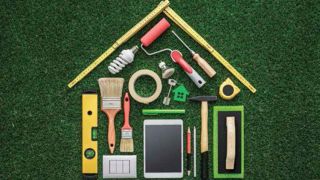 Bloomfield Hills Schools has a heavy focus on both radio and television broadcasting, and Webster recounted that a couple of years ago he engineered the institution’s new radio and television facilities. More recently, he handled a Tightrope Carousel digital signage system installation in the institution’s K-12 district. Soon he’ll be engineering a new AV system for an auditorium, but in this case, he will leave the deployment to an AV integrator. “We have the capacity to do design and engineering in-house for the most part,” he explained, adding that most broadcast-related deployments remain in-house jobs, unless they involve an entire system overhaul. “We try to save the money for integrators [for when] they are absolutely needed.”

Webster said that Bloomfield Hills enjoys a number of relationships with manufacturers, enabling its digital media services department to procure some equipment directly. He also believes that one advantage of in-house AV deployments is that those on staff know their end users well, and can therefore better configure systems to meet their needs. “You have the ability to design something that works a little bit better for everybody,” he said.

The education market tends to be one that applies a DIY approach to many deployments; large enterprises with in-house AV/IT departments will also take on some integration themselves. Is this a problem for AV design and integration firms, whose business models are based on organizations coming to them for their expertise? Mike Morgan, general manager for central Pennsylvania at AV design and integration firm Advanced AV, doesn’t believe so. “We accept it and we understand it,” he said. In most cases, his DIY clients will purchase equipment through Advanced AV, which will in turn guide them through the integration process. Many of these clients already have a relationship with the firm, which has handled larger, more sophisticated projects for them in the past. When a new customer approaches the company about buying equipment that they then intend to deploy themselves, once again, Advanced AV will provide guidance, but “if they feel that [they ’ve gotten] in over their head, our service department will reach out to them and tackle [the issue], but we make it known up front that we have to reengineer what they’ve already done before we can really tackle the problem that they’re incurring at the moment,” he explained. “They understand that, and that’s the risk they take if they get to a point where the system isn’t working properly and they have to engage an outside resource to help them along.”

The house of worship market is another vertical that often takes the DIY approach, largely due to budgetary restrictions. Matt Wentz, audio systems engineer at Willow Creek Community Church in South Barrington, IL, said he has been overseeing a campus-wide Dante deployment that began in 2013. He said that the church’s tech team handles smaller AV projects itself, but it will call in an AV integrator when the project scale is too large—or too time-consuming—for his five-person department to handle. “If we’re in a time crunch, it’s a huge win to bring in an integrator because they know they have a deadline, and they put however many people on the project to get the job done in [the required timeline],” he said.

Wentz points out that AV integrators also serve to keep clients organized. He says that while the Willow Creek team strives to document its DIY deployments, sometimes it doesn’t get drawings completed before moving on to the next project. “Whereas with an integrator, part of their package is to hand you off a set of drawings, and then when you come up with an issue, you have something to reference,” he said. “They don’t just install it; they also tell you, ‘Here’s how it’s actually wired and built.’”

While some clients develop direct relationships with manufacturers to gain better pricing, how advantageous that pricing is depends on what kind of organization you are (read: how much purchasing power you actually have). In Wentz’s case, it’s often AV integrators who can help him get the best deal. “They have more pull because they’re regularly interfacing with these vendors,” he said. More pull than a house of worship that requires new gear every other year, or even a couple times throughout the course of one year.

Morgan said that most of the DIY projects his firm encounters are small, fast-tracked deployments. “Even though we have a division in place that can handle what we call ‘express projects,’ it’s still a draw on resources. There comes a point where we can’t accommodate the schedule, and that becomes frustrating, and we understand that,” he said. In accepting that sometimes DIY is the route clients will take, Morgan said it helps to cultivate long-term relationships. “We view it as an opportunity to provide them the equipment, and to provide them the guidance that ultimately cements our relationships with them for ongoing projects at their facilities.”

When clients have direct relationships with manufacturers, it usually means the project will feature some owner-furnished equipment (OFE). This means that AV integrators, as well as their clients, must be clear about who is responsible for supporting which systems down the road.

“[In this case,] the integrator needs to put together a detailed statement of work to lay out who is responsible for supporting what,” said Jay Myers, president and CEO of AV design and integration company Interactive Solutions Inc. (ISI). “You need to have a tight statement of work.”

“This is where the dialogue needs to happen in advance,” said Paul Mueller, manager of central engineering at AVI Systems, an AV design and integration firm. A well-written contract will define where the responsibilities lie: Either the customer assumes responsibility for the equipment they procure directly, or they ask the AV integrator to include it in their support fee. “Because a year or two down the road, personnel changes, and [you ’re asking]: How do we know what we agreed upon? If the documentation is there, it’s much easier.”
—C.H.