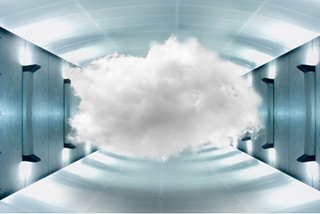 SCN: What initially drew you to the pro audio industry?

Simon Curtis: Like most of us—by accident! I’d been a longstanding account manager for Denons Consumer Electronics business in the U.K., but as anyone who’s been in that sector will testify, the esoteric-flat-earth community can get tiresome after a while. I was offered the opportunity to simultaneously look at Denons Pro channel, which had been left to fester, post Sennheiser, Neumann, Nagra, and others who had left their longstanding U.K. Distributor (Hayden Laboratories, RIP ). This was my first exposure to the very broad and diverse markets or pro audio. Although I appreciated the attractions and “glamour” of live sound, touring, studio, and Mi-DJ, I was never an aspiring musician, I never got the vibe. I related much more to the conservative, traditional, and clearly more profitable sectors of broadcast, contracting, and installation sound—where egos are not allowed and trust is everything.

SCN: With hindsight being 20/20, what helpful tip would you give yourself 10 years ago when you began your advancement through sales executive roles for Denon and Sennheiser in the U.K. and Europe?

Curtis with his wife and co-director, Clare.

SC : What I know now? That’s easy: understand what’s really under the hood of your products. I had principally been in sales and marketing until Cloud Electronics. Now I understand so much more about the design, engineering, and manufacturing processes. Before I was so naïve. So to those development engineers and product managers at Denon and Sennheiser that I gave such a hard time too, I apologies for being such an ignorant git!

SCN: What was most appealing about the offer to take ownership of Cloud Electronics when founders Roy Millington and Andrew Coley approached you with their succession plan?

SC : To be honest the idea of continuing the corporate treadmill didn’t thrill me one bit. I’d also just become a dad for the first-time and I really liked the idea of spending real time with my family (and getting my handicap down—slow progress).

I had an opportunity and I was incredibly lucky. Cloud Electronics is one of the most respected and iconic brands in our industry— who wouldn‘t want the opportunity?

SCN: Cloud Electronics has its roots in the twin-deck market of the disco era, gradually expanding into pro audio essentials like zoning mixers and amplifiers. What sustains this market segment today?

SC : Cloud made the first twin-decks in the U.K., when disco fever first landed in Britain from New York. Nightclubs became massive. Cloud then made arguably one of the most iconic products of this era—the CXM Modular Club Mixer. An outstanding piece of electronics, it was incredibly robust and reliable (there are still hundreds working in clubs today some 20 years on) but also sounded like a studio quality desk.

It was nightclub installers that asked for zoning and paging solutions for venues, and nothing has really changed since; the application is still relevant, the user is still the same, the solution is consistent. Until we lose the use of a finger and thumb, and operators choose to pay minimum wage to untrained, disinterested staff, we are still there to keep the venues sound safe, reliable, and simple to use.

SCN: What benefits come with the fact that Cloud Electronics continues to conduct all production in the U.K.?

SC : This longstanding principle has been the underlying foundations of our brand equity. Cloud continues to hand-assemble, test, and sound test 100 percent of its portfolio, earning its justified reputation as the most reliability and best performing products in its sector. It is challenging to maintain our exceptional reliability standards with increasing numbers of fake components and cheaper quality materials flooding the supply chain—even official distributors don’t know they have counterfeit inventory until we send it back. This is where the benefit lies.

SCN: Have there been any surprises with your expansion in the U.S.?

SC : I certainly had no illusions that it was going to be tough to compete in the U.S. Although Cloud Electronics dominates its domestic market as well as having considerable market share in Continental Europe, I’ve been realistic from the outset of planning the Cloud Enterprise in North America. The U.S. is a very fertile marketplace but the contractor/dealer and systems integrator is a very conservative creature.

Nevertheless there is clearly an appetite for our traditional style of design, manufacturing, and build quality that warmly resonates with the grass-roots integrators; there is a clear respect in the U.S., as there is around the world, for simplicity and reliability.

Surprisingly, in the land of “creative-new” it’s our traditional heritage that commands a lot of respect. Contractors realize that reliable, in many case is far more important than bells and whistles, which leaves very few remaining suppliers other than Cloud to fill that need.