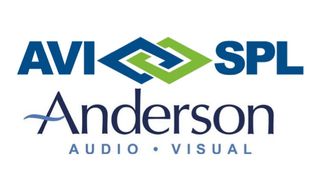 “We were targeting growth regions, or growth sectors,” said John Zettel, CEO of AVI-SPL in an interview with SCN. “So obviously the West Coast of the United States, with high-tech companies was a growth area that we wanted to be more deeply penetrated in.

“We started looking at potential companies and quickly zeroed in on Anderson for lots of reasons. They’ve been in the market for a long time, they were in locations that we were really looking for, they had the right size, the right customers. And then we started talking to them and learned what a great culture they had as a company.”

According to Zettel and Shane Parkes, Anderson Audio Visual’s co-founder and CEO, Anderson will be fully absorbed into AVI-SPL.

“This is about growing and expanding the AVI-SPL core group of business,” Parkes said to SCN. “It’s not a question of coming and deciding who stays and who goes. It’s coming together and saying ‘Let’s turn this into an AV powerhouse and grow and build on what we have.’”

Since announcing its new relationship in April 2016, AVI-SPL and private equity firm H.I.G. Capital have expressed their shared desire for AVI-SPL to expand its resources and capabilities to widen its gap as the leading total solutions provider for workspaces around the world. With the welcoming of Anderson to the company, as well as the recent opening of its German office to support organizations throughout Europe, AVI-SPL has taken the initial steps in achieving this strategy.

Zettel said that the company will continue to explore other potential opportunities for expansion, and that it will “very possibly” execute further acquisitions going forward.