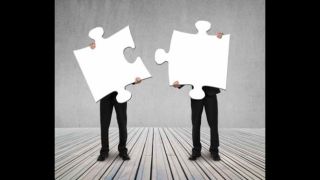 When it comes to commodity products like TVs, projectors, and even large video displays, facilities owners often choose to procure these items themselves. Hence the (many times, dreaded) term owner-furnished equipment (OFE): the request for purchase mandates that it is the owner who will actually buy this stuff, but the AV integrator who will most likely be responsible for deploying it. And thus, the potential for a number of challenges ensues.

One of the most significant issues with OFE relates to warranty. When a system fails post-installation, who’s responsible for fixing it: the owner or the AV integrator, who probably has responsibility for the system leading up to it? Felix Robinson, vice president of enterprise accounts for AVI-SPL said that these details must be worked out long before the systems integration is underway. “Ideally, the product warranties, whether the OFE equipment is existing or new, are addressed in the bid documents; if not, then a request for the information, and a statement in the bidder’s response, should be included,” he said. “There is a need for communication, a need for clarification as to who is responsible—that needs to be part of the process.”

To reduce the likelihood of issues arising, Robinson is a big believer in doing one’s homework in the beginning. For him, detailed documentation on the front end is paramount to setting a project up for success, and he acknowledges that the onus is on the AV integrator to ensure that all the bases have been covered. Did you actually receive enough documentation for this project? Does it answer all of the pertinent questions that will not only affect the deployment, but the future maintenance and repair of these systems? In examining these materials, Robinson noted that this is where AV integrators can start to understand what their opportunities are, even if some of the technology will be OFE. “Sometimes we look at it as an opportunity to help the client define what they’re looking to purchase,” he said. “[There are] a lot of levels of concern that can be defined by what it is you’re looking at, and the questions [you ask] and the technical research [you do] start to answer those questions.”

Felix Robinson of AVI-SPL Another challenge with OFE is that it presents an additional variable that needs to be factored into scheduling. “If the [products] are owner-furnished, then whose responsibility is it going to be to coordinate the delivery and the deployment, the integration, the programming?” Robinson said. “If the integrator is showing up with everything else that was required in the project, but that owner-furnished equipment has had its own legacy of challenges for scheduling and integration, then how can all that work together?” This is why Robinson believes AV integrators should assume the entire responsibility for coordination of all of the technologies involved, even if they’re not supplying them. “We enjoy having that responsibility because it gives us the ability to coordinate everyone else’s involvement.”

Bob Sharp of SVSi at AMX by Harman Bob Sharp, director of international sales at SVSi at AMX by Harman noted that the client’s network has become another form of OFE. “More and more of these networked audio and video solutions are coming over the market, and the network infrastructure is probably not furnished, or increasingly not going to be furnished, by the AV integrator—it is either existing network infrastructure that may have to be upgraded to accommodate AV, or it may be a new construction where the facility is certainly going to put in a network capable of accommodating AV,” he said. The potential problem: Has IT deployed a network that is truly capable of supporting AV? “We’re seeing that as an increasing issue; the requirements on the network for our type of AV are very specific, and very wrapped around deploying multicast. And multicast is something that a lot of IT professionals have a theoretical knowledge of, but not a practical knowledge of. We’re finding that’s the real problem area for us when we’re looking at installations— there’s a disconnect between what we require of the network and switches, and the network designers’ impression of what was needed.”

Robert Rose of Idibri Robert Rose, LEED AP, senior consultant and vice president at Idibri, an acoustical and AV design firm based in Addison, TX, noted that OFE is something his firm has always had to deal with—especially with sports facilities, which often seek out sponsorship deals for their equipment. However, as systems grow more sophisticated, he’s seeing that AV integrators are losing the grip they traditionally had on equipment sales simply because there are more parties involved. “The systems are getting broken into more pieces, they’re getting bid out into more pieces, and they’re looking for specialists,” he said. “They’re looking for a DAS [Distributed Antenna System] specialist. They’re looking for a network specialist to come in and do the network. They might be looking for a high-end production room contractor to come in and do the production room, but not necessarily anything outside of the production room.”

While all of this reduces the AV integrator’s equipment sale, it doesn’t decrease their workload—if anything, it increases it. “[It results] in a lot of additional coordination, both for the consultants and for the contractors,” Rose said.

Robert Rose, LEED AP, senior consultant and vice president at Idibri, noted that generally speaking, OFE crops up in larger projects: sports venues, multi-campus facilities, and real estate developments involving entire parts of a city. It’s also on these projects that he will, on occasion, work with an owner’s representative––in some cases, one who is dedicated solely to the technology portion of the job. In this scenario, he said, the chance of OFE making its way into the specifications is likely.

“Any time you’ve got someone who’s really knowledgeable about the process, and who has connections in the AV industry, they’re more likely to look to leverage those, which in my mind means the potential for more owner-furnished gear,” Rose said. “And then––and I think this is a fairly new trend, and I’m not sure it’s that prevalent––I suspect that we’re going to be seeing more owner’s reps for technology that are incentivized based on being able to make these deals.”