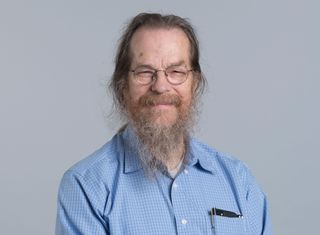 Sound reinforcement pioneer and innovator John Meyer will deliver the AES New York 2018 Convention’s Heyser Memorial Lecture on Friday, October 19, at 6:30 p.m. Speaking on the topic “Taking the Room Out of the Loudspeaker: New Tools for Transparent Reproduction,” Meyer will share his expertise on loudspeaker design and applications from his 50-plus years as one of the most lauded names in the industry. The 145 AES International Convention is being held October 17–20 at the Jacob Javits Center in New York City. Advance Registration pricing is available through September 20 at aesshow.com.

Established in 1999 by the AES technical council and the board of governors, in conjunction with the Richard Heyser Scholarship fund, the Heyser Lecture series, featured at each AES Convention, brings eminent individuals in audio engineering and related fields to speak on a relevant topic of choice. Meyer—also an AES fellow and recipient of the AES Silver Medal award—offers the following abstract of his presentation:

“With few exceptions, loudspeakers are not used in a free field environment but rather in an enclosed acoustical space. This is inherently problematic, as an acoustical space behaves in a manner similar to that of loudspeakers, making it difficult to separate the problematic characteristics of each using common measurement tools or subjective listening tests. This lecture will review the history of loudspeaker measurement tools as used both in the free field and in acoustical space, including Richard Heyser’s pioneering TDM methods and Meyer Sound’s own SIM (Source Independent Measurement) systems. A key focus will be on a new multi-component studio monitor that exhibits absolutely flat amplitude and phase response from 27 Hz to 20 kHz. Because this system effectively ‘takes the room out of the loudspeaker,’ it opens up possibilities for correlating new objective testing techniques with subjective listening observations. The lecture also will discuss a new test signal known as M-Noise, which effectively mimics the dynamics of music and avoids inherent weaknesses in the use of pink noise with third-octave analyzers when testing loudspeaker systems used for music. The retrospective will touch on other benchmarks in the quest for linear sound amplification, including the early Glyph large-horn systems, the Grateful Dead’s ‘Wall of Sound’ and the HD-1 high resolution studio monitor, a trusted near-field reference that remains in Meyer Sound’s product line 29 years after its introduction.”

John Meyer’s career as an audio innovator was launched in the late 1960s when he started out as designer of custom amplification systems for guitarist Steve Miller. Meyer was then the creator of the legendary Glyph very large horn loudspeakers and he was the in-house loudspeaker designer at San Francisco’s McCune Sound Service. In the 1970s his audio research at the Institute for Advanced Musical Studies in Switzerland led to his first patent, awarded for a low-distortion horn design. In 1979 he co-founded (with his wife, Helen) Meyer Sound Laboratories, a company synonymous with innovations in loudspeaker design and acoustical measurement. Meyer led development of the SIM System for audio measurement, which was awarded the prestigious R&D 100 Award in 1992. Meyer Sound also pioneered development of self-powered sound reinforcement loudspeakers with introduction of the MSL-4 in 1994, launching a trend that has since revolutionized the industry. Throughout his career, Meyer has focused on development of linear loudspeaker systems, with his R&D team most recently achieving phase linearity from 20 kHz down to 27 Hz with the Bluehorn System studio monitor.

For further information on the AES New York Heyser Lecture, as well as the complete All Access Technical Program of events and experiences that comprehensively covers all things audio, visit aesshow.com.