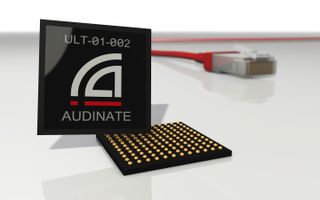 Audinate released AES67 support last year in its Dante Brooklyn II, Dante Broadway, Dante PCIe, Dante MY-16, Dante HC, and Dante IP Core products; the Dante platform is an audio networking technology that has been adopted by over 400 AV manufacturers, and implemented in over 1400 commercially available products.

“The addition of AES67 to Ultimo UXT reflects Audinate’s commitment to add support for new standards to the Dante platform,” says Joshua Rush, SVP of marketing andpProduct at Audinate. “In particular, in the broadcast industry we want to make sure that our OEM partners and their customers are able to enjoy the benefits of the complete Dante solution while also maintaining compliance with industry standards for interoperability.”

Underscoring Audinate’s support of new standards within the Dante platform, the company is also announcing support for SMPTE 2110 across the entire Dante platform.