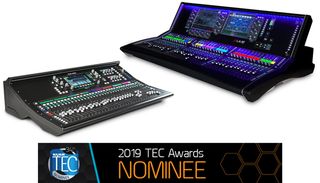 Nominees are selected from a pool of hundreds of entries and reviewed and voted upon by a panel of sound and music industry thought leaders in the U.S and abroad. Final nominees are those products and projects that, in the opinion of the nominating panel, represent superior accomplishment in their respective ﬁelds.

Allen & Heath USA Marketing Manager Jeﬀ Hawley said, “Our team has truly pushed the technical boundaries in both hardware and software across the entire product range. We’re honored to have received TEC Award nominations recognizing the creative and technical advances demonstrated by dLive and SQ.”