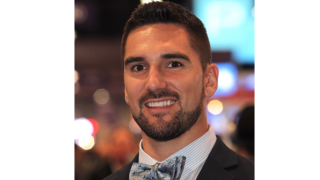 Screaming across the hot asphalt at close to 200 miles per hour, the driver waits patiently for the perfect moment. He searches for a spot on the inside of the upcoming curve, the edges of his vision a blur of green and blue. Then, without lifting the throttle, he takes the turn. With a white-knuckle grip, he holds the wheel steady as a weight six times the force of gravity slams his body against the side of the cockpit.

This is just one corner of a 53-lap Grand Prix in Formula One, the world’s highest level of motor racing—and the most exciting engineering competition ever devised. Contested over a 35-week span in 21 different countries across five continents, it’s as global a sporting league as you’ll find. And while the skill of drivers—you guessed it, the best in the world—matters a great deal, Formula One is all about engineering, and always has been since its inception in 1950.

The term “formula” refers to the strict set of regulations each of the 10 teams must follow in developing their cars. Outside of those restrictions, teams pour tremendous resources into finding the smallest advantages over their rivals. Top teams, like Mercedes-Benz and Ferrari, spend upwards of 400 million euros a year and employ hundreds of the most brilliant engineers in the quest for victory.

But on race day, that quest is always something of a gamble—one of performance versus reliability. Turning up the engine to go an extra tenth of a second quicker could lead to failure later on; being too conservative might land you outside of the top three finishers.

This same basic conflict exists in the world of AV, minus the millions of scrutinizing fans. We want the newest, highest-tech displays and technologies to convey that wow factor and cultivate an avant-garde brand image. But, as NetApp’s senior program manager, Mike Tyler, said in this month’s AV in Action, when you’re living on the bleeding edge of technology, “once in a while you’re going to bleed.” But many times, such failure is intolerable. Unlike Formula One, where there’s always next race, you might not get another shot to wow a client, to ideate with visiting partners, or to capture and stream a pivotal moment. Non-functioning AV is utterly useless.

Luckily, the same development that’s making connecting AV a little trickier—convergence with the network—is also helping to minimize the risk of failure. Like the real-time car telemetry available to race engineers, network-connected AV devices can provide insight into how they’re functioning and warn operators when something’s awry. Problems can be prevented before they crop up.

But more than ever, technicians are essential to maintaining a reliable AV installation, especially as systems become even more complex and connected. You need someone onsite day in and day out, looking over the equipment. Because when you’re about to commit to a corner with your state-of-the-art AV system, it just hasto work.