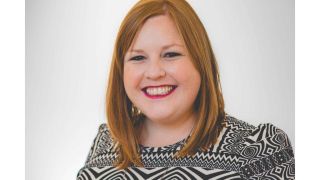 Fun Fact: each and every year in college, I won my sorority’s Princess Procrastination Awards. A test at 10 a.m.? No problem, I’d start studying at 8 a.m. I actually started my 75-page thesis about three days before it was due. Some of you may be surprised by this as I love structure, organization, and planning, but, as I’m writing this a few hours before we go to print on our August issue, I can see how old habits die hard.

The funny thing is procrastinating doesn’t mean I’m slacking off—quite the opposite, actually. My procrastination was productive. I fired off some long e-mails, started drafting SCN’s 2019 editorial calendar, and even locked in some really cool speakers for the next SCN Think Tank. Side note: it’s September 27 in Jersey City, NJ and I hope to see you there!

Back to my struggle: I realized I wasn’t alone in this when I saw Tim Albright tweet a question on Twitter about self-motivation when you’ve hit a brick wall. He, too, was procrastinating whatever task he had at hand. Many #AVTweeps recommended taking a long walk, getting some fresh air, and coming back ready to face your work head-on.

Taking that advice, I grabbed Rory, my spunky chiweenie, and went on an hour-long walk. I came back, sat down, and….nothing. What to do, what to do? So I started googling “Ways to stop procrastinating.” Most of them babbled on about “facing the hardest tasks first” and “diving work up into smaller pieces.” None of that really helped me.

So I kept googling (tick tock, tick tock) and found some things that were actually helpful to me. The first tip to get me going was this—start the day over at 2 p.m. That’s right around the time I start to get in my afternoon funk so I figured it would work for me. I made a pretty theatrical performance out of it—shut down my computer, stepped away from my desk for a few minutes, made a mug of steaming hot tea. Then I came back and pretended it was 8 a.m. and I was just seeing all my new e-mails. I made a mental list of what I had to complete before the day was over and it was like I had a fresh set of eyes. I felt totally reenergized and ready to conquer the day. And, bonus, I only had a few hours until it was the actual end of the day.

Procrastination can equal guilt, and lots of it. Timothy Pychyl, a professor studying procrastination at Carleton University, found that people who forgive themselves for their procrastinating ways can actually jump start their task faster. It’s because, he says, guilt is one of the main triggers for stalling in the first place. So I took a deep breath, told myself it’s all good, and moved on.

The final thing that helped me get out of my procrastination funk was rewarding myself. The task of writing this letter has been on my mind for the past few days, but I refused to focus on it. I decided that once the letter was finished, I could watch last night’s episode of Big Brother. So as soon as the ink is dry on this, it’s “Hello, Houseguests.” So, if you’ll excuse me, it’s time for me to find out who won the Power of the Veto.