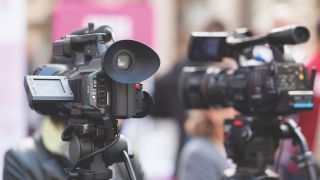 In the past we considered transport protocols such as RTP (Real-time Protocol), ABR (Adaptive Bit Rate), SDVoE (Software Defined Video over Ethernet), SRT (Secure Reliable Transport), QUIC (Quick Internet Connections) and the SMPTE 2110 series of standards. Like IPTV, all of these work over UDP except ABR, which uses TCP.

In this lesson, we want to look at another offering that comes from Zixi called RIST (Reliable Internet Streaming Transport). Zixi isn’t the only company using this protocol. However, we were introduced to the protocol by that company.

RIST has a lot in common with the other UDP based protocols. It provides:

The description of the protocol we will show here is the method utilized by Zixi. This means it uses the core ideas of RIST but may include enhanced features that are not yet fully agreed upon by the VSF group, which is guiding its development.

Clearly, there are some positive features of RIST. It supports MPTS (MPEG Transport Stream) with or with out the use of RTP. That’s consistent with the method widely used in IPTV and digital signage. It also uses RTCP (Real Time Control Protocol), the sister protocol to RTP, which is used to report error levels and request retransmissions. Both protocols are based on standards and in widespread use. The Zixi implementation has strong video and network analytic tools to diagnose problems and monitor the health of the streams. Much of the detail about a stream and its compliance with standards are easier to learn than would be possible by using some alternative tools such as Wireshark. Loss, jitter, and other statistics required by TR-101 290 are reported by the management system. Security is obtained by using DTLS (Datagram Transport Layer Security) and provides both authentication and AES encryption.

One might view RIST as a compromise, which uses some from the best features of several industry methods. While it doesn’t have the wide acceptance that TCP-based adaptive bit rate has, it offers strong error resiliency and much lower latency. Support of MPTS means that transcoding streams to be carried by other systems is simpler than when a proprietary format was being used. Because it uses DTLS (RFC 6347), it should have wide acceptability within the IT community. The internet engineers seem to be having a problem finding a method to solve TCP’s current problems with congestion and network buffering. We can probably expect to see growth in the use of these UDP-based methods like Zixi is promoting, until these concerns are resolved.