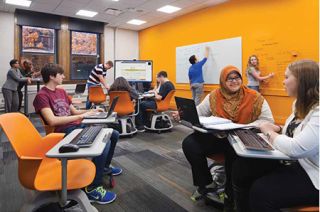 "In a recent survey of faculty members at colleges and universities across the country, nearly one in five respondents (19 percent) reported that technology has made their jobs "harder" or "much harder." That's up from 17 percent who said the same last year. Still, many more faculty members said that technology has made their jobs "easier" (44 percent) or "much easier" (29 percent). And a mere 8 percent of respondents said tech hasn't had much of an impact either way."—Source: Campus Technology

For the most part, technology has been making an impact on the way instructors teach. But for some faculty, teaching with technology doesn’t streamline things — it is actually an obstacle. —Eduwire Editors