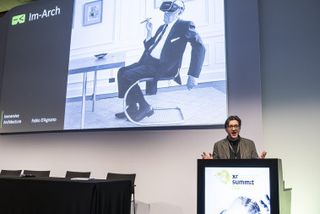 Companies such as MatrixWorks are addressing this by working on collaborative platforms, he added. Other near future applications included integrating VR with BIM data so that projects can be tested on site via 3D model.