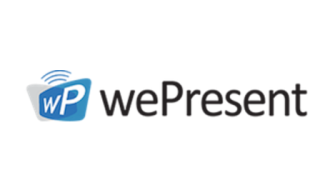 wePresent has released a firmware upgrade for its wireless presentation devices that will allows support of Apple iOS 10, optimization for macOS Sierra, and provides a number of device-side optimizations and behind-the-scenes changes meant to improve the wePresent user experience for everyone. The new firmware is available immediately from the wePresent website, or by upgrading your wePresent hardware via the web administration console.

The new firmware is available for both wePresent’s WiPG-1600 and as well as the flagship model, the WiPG-2000. This update also adds the ability for wePresent units to support the upcoming PresentSense accessory, which allows devices to quickly connect to wePresent hardware in the immediate vicinity. PresentSense is scheduled for release in Q4 of 2016, and is aimed at further easing the use of wePresent hardware in environments where several of the wireless collaboration units are present.

“We are excited about all that has been happening at wePresent lately,” said wePresent president and COO, Cory Cannon. “Our headquarters office in Europe has recently expanded, we’ve just been accepted to fulfill GSA contracts for the U.S. government, and now we’re releasing our best firmware yet, which makes us one of the first in the market to fully support iOS 10. It’s been a very rapid succession of improvements, and this advancement speaks a lot to the kind of growth we’re experiencing in the education and corporate verticals.”