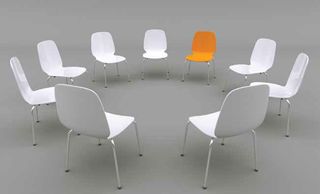 The Ins And Outs Of 360-Degree Assessments

We’re all pretty familiar with the traditional employee performance appraisal: the supervisor details how well the individual has performed over the last year, and what areas they need to improve upon. Oftentimes, these reviews are presented in conjunction with a salary increase if the employee has performed well.

A multi-source, or 360-degree assessment is quite different: in most cases, they aren’t linked with wages; instead, they’re used as a baseline to plan an individual’s development and training, especially when one is being considered for promotion or additional leadership responsibilities. Structured “on the round,” 360-degree assessments don’t simply include performance feedback from supervisors, but peers, subordinates, and sometimes outside sources—such as vendors and customers—as well.

“A performance appraisal measures what you are achieving in your job; it’s made up of metrics that can be quantified,” explained Paul Warner, director of consulting services at DecisionWise in Provo, UT. “A 360-degree assessment measures how you’re doing it.” These assessments don’t focus so much on whether or not the employee is achieving results, but more on how they go about getting those results. Do they work well as part of a team? Do they communicate with others? Do they make good decisions?

A 360-degree assessment may be applied in a number of different forms, such as via confidential online surveys or through face-to-face interviews. Many organizations purchase 360-degree assessment packages from suppliers specialized in this area, and some companies will hire third-party professionals to coordinate the process for them.

The 360-degree assessment surveys that DecisionWise creates are largely tailored toward leaders at the executive level, and raters are asked for feedback on several main categories: business acumen (how well the individual grasps strategic thinking, their understanding of basic business finance, and their overall comprehension of the industry in which they are working); decision making (whether or not they are open to soliciting and receiving input from others, how well they use that information to make an informed decision, and whether or not they are able to make decisions in a timely manner); and interpersonal skills (how adept they are at clearly communicating the organization’s vision and direction).

Larry Cipolla, president and director, CCi Surveys International in Edina, MN and author of Building Performance-Based 360-Degree Assessments: From Design to Delivery, warns that questions should be worded in such a way that they may be easily interpreted. “One single question should not touch on three issues,” he illustrated. “Otherwise, what happens is you’ve asked the rater to give feedback on three issues, which they do, but the recipient isn’t sure which of the issues the rater was responding to.” He also noted that raters should understand why the individual they’re assessing was selected for this process in the first place, and why they were asked to participate in the evaluation process.

Confidentiality is crucial in the 360-degree assessment process, and generally, the only people who get to see the results are the individual that was assessed and, when handled by a third-party vendor, the person that coordinated the process for the company. When confidentiality isn’t respected, the assessment loses its effectiveness or worse, causes problems between co-workers, or employees and their supervisors. “If the supervisor has not been through the 360-degree assessment process first, they may not be good at reading that information,” Cipolla said. “What happens is, if the boss has the opportunity to look at the feedback and they’re a bit confused about it, they may resort to some of the biases they have about that person.” The process then becomes more about criticism and less about development.

Donna Rawady, an executive coach based in Rochester, NY, suggested that in some cases, sharing the feedback with those who participated as raters may actually strengthen the employee’s position among their coworkers. “The feedback is confidential and it is for the individual’s eyes only, but there is some strength in their own willingness to share either the key points or the report itself with the participants,” she said. “There is a lot of worth in bringing everyone together and thanking them for participating—which is important anyway—and acknowledging those areas that need development, and letting them know that you’re paying attention and that you’re engaging them in feedback should they see an improvement or if they are still being challenged.” This approach, however, requires a bit of discretion, Rawady admitted, and depends a lot on the politics in the workplace.

Warner emphasized that the 360-degree survey is the beginning of the feedback process, rather than the end. “Once the employee receives their report back, they need to have a coach that can walk them through that report in a de-briefing format.” He noted that sometimes the data that’s been compiled is extremely detailed, and, in some cases, tough— which means that the individual that’s been assessed is bound to go through a series of emotions. “It’s good to have a coach that can help you through that process.”

For those being assessed, Rawady believes a 360-degree feedback assessment is a relatively simple way to gather candid input that a professional may not receive otherwise. “Regardless of how strong an employee they may be and how tight the working relationships are, people still tend to hesitate to give developmental feedback,” she said. “Having an opportunity to actually receive that feedback is so rich.”

One error that companies make is neglecting to regularly follow-up with the individual once the 360-degree assessment is complete and the development plan has been outlined. “They collect the data, they put it on someone’s desk, they walk away, and they assume that the individual knows what to do with that,” observed Paul Warner of DecisionWise. “They also don’t put enough emphasis on the coaching afterwards.”

Warner counsels organizations to invest the time necessary to help the individual interpret the feedback so they can develop an effective action plan based on the results they’ve received. This plan should not only include specific goals, but details on how the employee will work toward attaining them. The person charged with coaching the individual should then follow up at regular intervals, such as 30, 60, and 90 days, and then a few months after that. “That action plan isn’t just about writing a goal: ‘I want to improve in my communication.’ It describes, specifically, what they are going to do in the future to achieve that.”