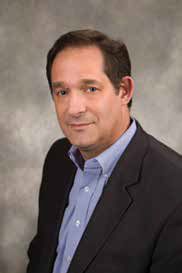 A few days after Nortek announced that it was rolling Gefen into Core Brands, the news broke that tvONE, which had previously merged with Gefen and Magenta, had undergone a management buyout from Nortek. The new executive team consists of tvONE CFO David Van Horn, CTO David Reynaga, and sales and marketing VP Andy Fliss, with continued active involvement of EMEA and international sales director Frithjof Becker, and chief of technology Richard Mallet.

SCN: What was the reason for the MBO?

Andy Fliss: The reason is that Nortek has been in the process of consolidating their audio video business. Their Core Brands effort has lived on its own for the last several years, while Gefen and tvONE have been going on a different track. Gefen is a crossover brand, where it had the ability to work in parallel with the Core Brands effort, whereas tvONE has ended up as an orphan. We couldn’t really fit with the Nortek plans to consolidate; we didn’t fit with how they run the business—through distribution, less direct than we do. We didn’t have the ability to create a strong profile within a $3 billion company like Nortek—we were non-existent on the radar just because of our size. But it created a great opportunity where Nortek was fully in favor of us taking this company out of the mix and working it on our own, in the ways it deserves.

SCN: When this discussion started, were you aware, at least in some degree, of Nortek’s plans for Gefen?

AF: The intent to sell the companies has been on the table for a long time—since prior to October, I think. At InfoComm time, we really had no clarity on where this was going, so as you can see it’s happened quite quickly. It became the most viable option after everything else was explored, and it actually turned out to be the best choice for everyone.

AF: There were some pretty substantive restrictions on how we managed inventory and what the expectations for sales turns were. In the commercial world, a product remains viable for a number of years, whereas in the consumer world, in six months there needs to be a new product name, or some other change or innovation. Our inventories were expected to turn the same way retail sales might turn. We were not able to live under that environment.

In the U.S. in particular, there’s this just-in-time inventory requirement where nobody stocks products, you have to be able to ship and deliver. In the Nortek world, we really couldn’t keep the inventory to be able to supply product at a moment’s notice. So now we’ll have the ability to service our customers better from that standpoint.

The other thing is that working for a public company is a tremendous burden on personnel resources. We essentially should be able to turn on a dime because of our size; we should be able to come up with a new product—generate it, create it, put it out in the world—very quickly. However, we were very often constrained by the slow-turning wheels of a huge $3 billion company. Things like legal agreements would take an excessive amount of time in the land of Nortek. We’ll be able to make those decisions much quicker and be able to respond to customers’ needs much quicker—and offer a more personalized service.

SCN: Did you have some source of external finance for the MBO?

AF: There wasn’t any external financing; there are no outside investors. Everything has been handled and adopted, and the management team that bought out the company has assumed all liabilities.

SCN: So you’re not answerable to anybody else – the buck stops with you guys?

AF: Exactly right. It’s a daunting responsibility but a tremendous measure of freedom. We don’t have to get our budgets approved or directed by outside concerns that don’t know the business. We’re using the same information—our revenues versus our expenditures—but we can set their own priorities as opposed to being directed as to how we set them.

SCN: On the subject of merging with other companies…under Nortek, tvONE and Magenta were merged. Is that process complete, would you say?

AF: The process has been complete for some time, but Magenta still exists as a separate corporate entity. Everything’s under tvONE and everything gets routed through tvONE, customers pay tvONE, the products are developed and maintained by tvONE—so for all intents and purposes other than some tax technicalities we’ve been one company for quite some time.

SCN: And in terms of overlapping product ranges, has that all been sorted out?

AF: Things are pretty well clarified. I guess the biggest change was the HDBaseT products that tvONE had been focused on. We’ve really come to rely on the Magenta-branded products for most of those solutions—that’s the only one out there that’s something that was a big overlap. The companies, although they have the same customer base, provided a different set of solutions right from the beginning. Video processing, scaling, videowalls, that was all tvONE, Magenta was large system switching and extension—so they had a pretty clear difference right from the start.

SCN: So how are you personally feeling about this—what’s your mood?

AF: I am stoked! I am so excited. It’s a fantastic opportunity in so many ways—some ways that I can talk about now, others where we’re going to drive change and make a whole different impression on the marketplace in a short period of time. tvONE’s got a great name in the marketplace, but we’ve stayed the same while the market has changed, just because we’ve been trying to hang on to stability with all the curves that Nortek threw at us.

Now we’re through all that, we can start marching ahead to a new and exciting future that is very necessary in this marketplace; and so that’s what we’re doing, that’s why I’m excited.

Our staff is excited too—they just feel it’s great because the world has opened up to them and they have something fresh. What’s most important is we know them, because we are them. Everybody in this management team has been an employee and has lived through all this. We’ve lived through all the pain together, so it pulls us together in much more of a family, much more of a team environment than in the past.

SCN: Am I right in thinking that Nortek was a hands-off owner of tvONE for a while, then became more involved later?

AF: Magenta bought tvONE more than a year before we saw any changes in our world. There was an effort early on to merge the sales efforts of Magenta and tvONE, but just in its own right as two separate companies working together. In the middle or third quarter of 2012, Nortek changed its business model and tried to leverage all of the activities of each company into one great machine; they tried to consolidate resources that were managed independently, like buying power, and warehousing and shipping. They started doing that in the third quarter of 2012, and I think an implementation started at the beginning of 2013. By Q3 2013, Gefen was set to take over the two companies and make one company out of all three—called the Gefen Pro AV Group—then it was split up again in the second quarter of 2014. Gefen withdrew from it and tvONE and Magenta went to march on from Q2 2014, and this is where we were up until today.

SCN: Are there any downsides to being an independent again? For instance, you mentioned things like buying power—does this mean that as a smaller company you won’t have the buying power that you had under the Nortek umbrella?

AF: There’s probably some of that. For example, we were in a single buying contract with some large silicon distributors; we were able to use that heavier buying power to leverage prices down. So I think from a supplier standpoint, we might have a little bit of a change, but what’s very important about that for us is that we’re not a high-volume producer—so when your supplier price changes, it doesn’t have the huge effect it might have if you were a consumer products company. I don’t think we’ll be too badly impacted.

Paddy Baker is editor of Installation, SCN’s sister publication based in the U.K.