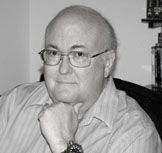 Now that the dust has settled after the DSE (Digital Signage Expo) last month, and all the new product introductions have been posted and talked about, it’s a good time to step back and reflect on what was new, different, or unexpected in Vegas. As the tradeshow calendar rolls on– yes, DSE already feels like ages ago. But as I write this, it was weeks ago. So it’s a good time to reflect– in the hopes of getting a glimpse of things to come, as other trade associations (NAB, and InfoComm) and the DSE organizers themselves prepare for their coming 2014 events but also position themselves to deal with emerging industry trends beyond the show floor.

Mirroring the continuing growth of the DooH/digital signage industry overall, the DSE show is continuing to grow but that is not the most important factor in itself. Of significance is that over 40% of the attendees were end users. Unlike other “professional” shows that ignore or in some cases exclude end users, the DSE embraces them as a key part of the constituency of the industry overall. Certainly our industry has manufacturers, distributors, integrators and resellers, as well as content creators/providers, network operators and even investors but by adding end users to the mix we complete the picture of what is available and who actually buys all this “stuff” we call digital signage. Let the networking and mingling begin.

Interestingly, nearly 1,200 of the nearly 6,000 attendees/exhibitors at the show were from outside the USA, from 67 different countries including: Canada, Mexico, Brazil, South Korea, Japan, Columbia, China, the United Kingdom, Australia and Taiwan. It was obvious at the DSE that new technologies allow us to expand from local to national and national to global in scale and scope and this concept is being adopted at a rapid rate.

Education has always been the cornerstone of the DSE and every year they raise the bar by inviting subject matter experts to speak on a wide range of topics. This year they produced seminars on key business factors, profitability, and investments. They presented content strategy and creation, network operation, along with numerous technology related courses to name but a few topics. In keeping with the ground breaking reputation of the DSE and their international focus, they offered the first DSCE certification course in Spanish which attracted 54 attendees from around the Spanish speaking world! In many cases, the annual DSE event is the only place this kind of wide ranging, vendor neutral education is presented in a single event.

The traditional ad based networks certainly continue to be the most visible form of digital signage and both retail and the food biz of all types are at the top of most segment size analysis but we are no longer limited to the ad based business model and we are seeing a significant increase in employee facing and information based networks with quantifiable return on objectives as the reason for deployment. Since the Digital Signage Federation has at its core such a broad constituency of members from all walks of the DooH life, I took advantage of the opportunity to ask some of the new 2014 DSF board members what stood out in their minds. You will appreciate their diversity of thought.

Kim Sarubbi, Chairwoman of the DSF and President of Saddle Ranch Digital told me she was most impressed with “the quality of end users. Some big name companies attended! I loved the new venue.”

Randy Dearborn, VP of MGM Grand Properties -“I personally was overwhelmed by the international presence at the show this year.”

Spencer Graham, Manager of Operations of West Virginia University -“ I was impressed with the large monitors in excess of 80 inches… great idea for video walls in smaller areas for clients that still want a video wall! Also, I am looking forward to seeing what Google will do with digital signage. The Industry Roundtables were quite enjoyable, as well.”

Jeff Dowell, Global Marketing Manager Digital Signage at 3M also picked up on the Google announcement-“I thought the biggest single 'thing' from the show was the Google 'announcement'. The fact that a major technology brand such as that is entering the DS space with an ultra-low cost entry level hardware and software/CMS platform is significant, particularly for the SMB market segment, where there is the potential for very high volume and (to start out at least) only basic functionality requirements. It will be very interesting to watch what kind of adoption they get over the next year or so.”

Steve Hargis, Director of Video Production at Bass Pro Shops-“The things that stood out to me with DSE were 4k, interactive, and commercial screen choices that are lower priced and more versatile than before. I saw a “shipping now” 4k player feeding a 4k screen and I could update that screen via an on-line portal through our existing CMS. 4k isn’t like HD that took years for industry adoption. It’s being adopted more quickly than I think most would believe.”

No need to review products for our readers since NewBay publications have done that, but what I do want to relate are some categories of products that bear mentioning and some good examples of near-term trends.

For our loyal readers you just know we will start with displays. All the biggies were there dressed in their Sunday best including Samsung, LG, NEC, Sharp, Panasonic, Planar, and Canon to name a few with numerous less well known brands to fill out the dance card. Now all in unison, say videowalls! As just one of many examples, the folks at Planar showed a video wall composed of 170 55-inch LCD displays capable of showing a single image across the entire assembly. In total, it was almost videowall overload but of course not for yours truly who loved every inch of it. To support and improve videowalls, thinner and thinner bezels were touted almost to the magic zero bezel level and 24 hour duty cycle panels prevailed.

This was the year of size and resolution. It will come as no surprise that Samsung and LG won the door prizes for the biggest flat panels with 84”, 95”, 105”, and soon from Samsung a 110” commercial display. In terms of resolution, we saw a number of 84” 4K UHD displays coming out from a variety of vendors in addition to smaller 4K panels. The rationale for 4K resolution and 4K source material remains to be discussed in more depth and 1080P is not going away soon but as Steve Hargis of Bass Pro Shops noted, “4K is coming and will be part of our product mix perhaps sooner than we think as we continue to evolve”.

Before leaving the topic of flat panel displays, one trend that we will continue to see is the need for true IG rated outdoor displays. There were any number of enclosure manufacturers to choose from but what about displays not requiring an enclosure. Literally out of the blue, the folks at Peerless come to the rescue with their new standalone outdoor rated displays. What was also cool (pun intended) was that they showed packages with both static signs and digital signs combined in a complementary mode. Well done guys.

It was not all about flat panels at the DSE though and there are valid reasons to consider projection. It is estimated that 20% of digital signage utilizes projection. Look to an expansion of hybrid light engine projectors lead by companies like Casio and Panasonic. These will produce 2,500 to 4,000 lumens of light output in compact form factors and lower the total cost of ownership on a project with no lamp replacement costs to consider but if you need more, then just wait a bit, NEC has two incredible laser (yes laser!) projectors coming out with even higher light output. The folks at Canon did not disappoint with new variations of their LCoS technology. They brought out a lineup of close focus projectors at very affordable prices that simply looked stunning in terms of picture quality and contrast. The fact is that projection is not standing still in the competing for the most effective digital signage display.

Going along with displays, interactivity was in abundance from large videowalls that could be made multi-touch interactive down to tablets and smart phones. The big issue here was in multi-touch and the ability to significantly improve the touch experience. For those who do not like to touch a screen and want to simply gesture at it to get the desired results similar to what some of our favorite sci-fi show have portrayed for so long, welcome to the world of GestureTek. Whether the display is on the wall or on a table you simply have to experience it to see how far we have come.

Before leaving the realm of viewer experience, let’s look at audio. Most would agree that digital signage is first and foremost a visual medium but there are significant exceptions where audio should be included where it can be. The issue for the most part with audio is control and keeping it within the area of viewer and not intrude on adjacent territory. There are several technologies that address this with attenuating speakers that gate on and off as viewers/listeners come into proximity of the display but Barix, a Zurich/Switzerland-based company was demonstrating its digital signage audio solution, that actually sends the sound to listeners’ mobile devices, transmitted over Wi-Fi to a smartphone app, the Barix Audio Point. The app prompts consumers to scan a QR Code for stream access, which provides relevant audio content in synchronization with on-screen video. The benefit of the Barix system is its zero-latency synchronization with the video in the signage, along with its BYOD and ability to integrate with any digital-signage system. Stay tuned for more on the topic of audio for digital signage and some other cool products that will address this design challenge in the not too distant future.