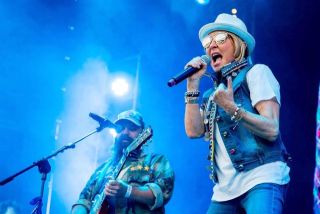 Solihull Summer Fest
tage Production Co. handled all staging, lighting, rigging and power, their second year working the event. Based in Birmingham, they have stocked Elation lighting for several years and are scheduled to supply the event again in 2018.

“We choose Elation because of the reliability – they work!” said Stage Production’s Jordan Lake, who handled production design on the event. “They are also sensibly priced and once clients see them in action they tend to request them.”

“We placed the Rayzor Q12s on quick grid frames on the Main Stage, where they really packed a punch,” said Jordan. “The Protron strobes are actually my favorite Elation product though. They are bright and clean and look great with a great sparkle effect.”