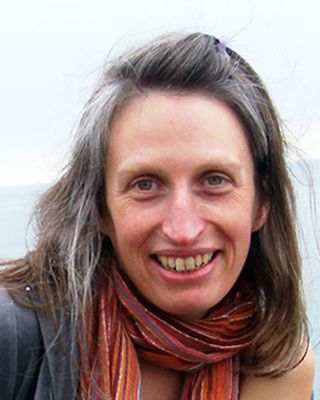 The AES 140th International Convention Committee has announced that spatial audio expert Rozenn Nicol will deliver the Richard C. Heyser Memorial Lecture on Saturday, June 4, 2016, at the Palais des Congrès in Paris, France. The lecture, titled “The Immersive Audio Revolution: From Labs to Mass-Market,” which will address major developments in spatial audio in recent years, is the latest in the Heyser Lecture series, first established in May 1999 by the AES Technical Council and the Board of Governors in conjunction with the Richard Heyser Scholarship fund. At each convention, this lecture brings eminent individuals in audio engineering and related fields to speak on a relevant topic of choice.

Nicol’s lecture will help reinforce the Immersive Audio theme at the upcoming Paris convention, noting many of the changes and opportunities in the field. With the many developments in spatial audio over the past 25 years, and after more than 50 years of stereophony, new technologies such as Wave Field Synthesis, Higher Order Ambisonics and Vector-Base Amplitude Panning have been introduced, demonstrating promise of an enhanced 3D audio experience, where virtual sound sources can be accurately synthesized in any direction. With the development of various loudspeaker formats for multichannel audio reproduction, increasing channel counts and placement schemes, including height channels, offer improvements in sonic immersion and sound spatialization. In parallel, a burgeoning assortment of tools is available for the capture, editing, coding, and reproduction of spatial audio. Because these developments require increasingly complex setups of loudspeakers, immersive audio faces the risk of being limited to movie theaters, amusement parks and other public spaces. Fortunately, a new stage was recently reached with the binaural adaptation of any multichannel audio format to headphone listening. Pioneering experiments by radio and television organizations (BBC, Radio France, France Télévisions) show that immersive audio is very close to achieving mass-market penetration.

Rozenn Nicol is a Spatial Audio research engineer at Orange Labs in France, working on the enhancement of telecommunication services through innovative 3D sound technologies such as binaural, WFS, and ambisonics. She was involved in the European 5th Framework collaborative project, CARROUSO, together with numerous universities, research organizations, and companies. From 1999–2000 she was a research engineer on underwater acoustics at the Institut Français de Recherche pour l'Exploitation de la Mer. During her PhD research, she worked at France Telecom on the design and assessment of a spatial audio rendering system based on wavefield synthesis for high quality video conferencing. She holds a number of patents in the field of spatial audio and has supervised and examined a number of PhDs on the topic. She has also taught the subject at a Masters level at the Université de Maine and the Université de Bretagne Occidentale. In 2010 she authored an AES Monograph on Binaural Technology.

“‘Revolution’ is not too strong a word to apply to the growth of immersive audio, especially given the parallel virtual reality movement,” says Francis Rumsey, chair of the AES Technical Council. “Dr. Nicol is exceptionally well qualified to recount the path that has led us to the brink of that revolution, as well as offer insights on what the future will bring.”