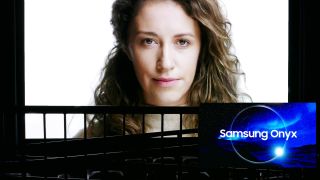 On the eve of the CinemaCon trade show, opening today in Las Vegas, Samsung Electronics America orchestrated the first ever public direct view LED cinema screenings in the U.S., at Pacific Theatres Winnetka in Chatsworth, CA, over the weekend. And Samsung held a private screening for trade press Friday April 20th at the same theater and a tour of a major post house in Santa Monica– Roundabout– that’s using the DCI-compliant LED screen from Samsung to master movie content for theatrical, broadcast, home entertainment and streaming release.

The result was impressive– kicking off a direct view LED cinema experience for the public, and offering the industry a glimpse of Samsung’s plans to leverage their technical and market strength on three fronts: HDR (for consumer displays mainly–until today), cinema (drawing on their Harman division’s strength in that market), and commercial AV/large palette digital signage where a lot of the R&D for large-format LED is being done. It all came together today, with the official launch of the new Samsung product, Onyx, at CinemaCon. Billed as “the industry’s first Digital Cinema Initiatives (DCI)-certified High Dynamic Range theater display,” the Samsung Onyx, creates, according to Samsung, “a next-generation viewing experience.”

During the presentation Friday for members of the press at the Pacific Theatres Winnetka in Chatsworth, we were shown a feature movie, Ready Player One, in SDR (from a standard DCP). The showing was impressive– even in SDR the image on the screen came much closer to an HDR experience because of the deep black levels that the emissive LED technology achieves. But the HDR samples were stunning, including HDR trailers for Black Panther and A Wrinkle in Time. Perhaps the most impressive clip was from a promo produced by ARRI– the makers of digital cinema cameras– that showed close-ups of human faces, no CGI, just faces up close, allowing a good look at the reproduction of different skin tones, dynamic range, and more. The ARRI imagery, 4K and HDR, was impressive– from the deep blacks to the full 300 NIT peak whites. 300 nits is about the same as 80 fl– compare that to the DCI standard of 14fl (peak white) for theatrical (about 48 nits).

The Onyx, is not always that bright (300 nits)– because unlike with projection some pixels are 100% off some times, i.e when that part of the image is black. 300 nits is peak white. Samsung says they settled on 300 for peak white– what they thought content providers, and studios were comfortable with– but they could have done 500 nits.

The configuration installed at the Pacific Theatres Winnetka in Chatsworth measures 33.8ft wide and 17.7ft in height, and using 2.5mm pixel pitch LED, and features nearly 9 million pixels. That configuration is 4K. But the product is also available in a 2K resolution configuration (also 2.5mm) 8.9ft high x 16.7ft wide.

The IMB (Integrated Media Block) at the theater is provided by GDC. (And Samsung said that GDC will be creating an optional 3D package with active glasses for the screen.)

The screen installed at the Pacific Theatres Winnetka is 4K. It’s made up 96 cabinets. Each cabinet consists of 24 modules, with each module being 6 X 6 inches and containing 3,840 LED/pixels (each pixel has one R,G,and B diode). Importantly, if one of the modules is damaged, or needs replacement, the theater just replaces a 6x6 inch module–that is rear serviceable so easy to access– with a back-up they have on site. So you just replace the module, and recalibrate the screen. No soldering, etc, on site. The company PrismView did the mounting for the Pacific Theatres Winnetka. The whole screen is rear-serviceable, with 3 catwalks in back for access.

Samsung says that in Q4 2018 a 4K 26ft high x 49.5ft wide will be available. That configuration will be 3.3mm pixel pitch. Why the different pixel pitch? In direct view LED, unlike projection, resolution is simple math: you can do 2K, 4K, 8K, 16K, etc, all with the same pixel pitch LED, depending on how big you make the screen, right? Yes and no. Yes, that math works in other applications. But DCI cinema is different– to conform to DCI’s pixel-to-pixel requirement for achieving resolution– in this case 4K–with no scaling, Samsung can’t use the same 2.5mm LED for the larger screen and meet DCI. It has to go to 3.3mm for a 4K, 26ft high x 49.5ft wide size.

Samsung’s LED cinema screen appears to take full advantage of everything Samsung has learned from its emissive direct view LED product evolution for the high end of the public display/digital signage and DOOH market. It’s a 2.5mm pixel pitch configuration in most settings, and even as Samsung (as well as other manufacturers) have now achieved even finer pixel pitches, even below 1mm, for large palette LED, 2.5mm has emerged as something of a sweet spot that achieves a pixel pitch small enough for high res in larger spaces yet not so expensive as to put it out of budget range for many applications. (Exact pricing on the Samsung Onyx has not been publicly disclosed as of this writing.)

But where Samsung is leveraging even greater experience and resources is by using Harman– that Samsung acquired in late 2016– for its vast business network in the cinema market. Harman has long been one of dominant providers of audio systems to movie theaters, and in fact the new Samsung Onyx will be sold through that Harman channel, in a “sight and sound” package including mounting services and JBL loudspeakers that Dan Saenz, Harman Solutions Manager, Cinema, described at the press event Friday.

If you follow the latest developments in displays, you know about HDR. High Dynamic Range. HDR is more than just higher contrast. And HDR is more than the display. It does indeed seek to achieve better contrast and dynamic range in the display. But it’s also important on the content creation side– staring with giving the same power that cinematographers have to capture stories using 14-15 stops of light to the post process as well, giving post houses like Roundabout and all the good post houses the ability to master for all formats, DCI-P3 standard, or full HDR or anything in-between.

“The compromises that were necessary 20 years ago to make digital cinema happen, are not necessary now,” said Nick Conti, senior business development manager for cinema at Samsung Electronics America, at the press event Friday. “HDR is a closer step to REC 2020– the standard that attempts to replicate all the values seen by the human eye.”

The Samsung Onyx demos in HDR were stunning. But remember that as of today here is no such thing as a cinema standard for HDR. DCI only tests for low contrast SDR.

HDR is happening most quickly, where? In the world of high end consumer TV’s. And what companies are strong there? Samsung of course, along with others–including Dolby, Sony, LG. But Samsung’s purchase of Harman has given them added leverage in the broader cinema market. And that leverage, coupled with this new Onyx direct view LED cinema screen, could portend some interesting developments. In addition to the obvious HDR and brightness advantages, other benefits of Samsung’s offering are: no ambient light problems in the theater; no projection booth needed (so a lot of cost savings on new construction); no line of sight issues; and you can get more seats, closer to the screen (better off-axis viewing).

And that’s not even starting the content discussion– the discussion about what content is going to what commercial cinema screens. If you’ve followed the digital transition of commercial movie theaters, you know that when the theaters had to go to digital projection, and a bit later upgrade to better digital projection systems that could do 3D for the big Avatar and Lord of the Rings launches, the theater owners had some help financing those new projection systems from “VPF”–Virtual Print Fee– programs. VPF’s were essentially an elaborate financing plan where the big Hollywood movie studios who were poised to benefit more (than the theater owners) from the reduced distribution costs associated with digital distribution compared to shipping around film platters, shared some of that savings by giving back some “print fee” savings to theater owners to help them buy new gen projectors. One kicker there was: when theater chain took the money, they agreed to give preferential screen time/treatment to the major studios’ films. Nothing really odd there– that content was all those Hollywood tent pole franchises the public wanted to see– can you say Fast and Furious 6, 7, 8? But fast forward furiously to today– and those VPF agreements are gone, or expiring.

Food for thought: Will Samsung’s strength in the consumer TV world (and smartphone world?)– not just on the hardware but on the content packaging side– allow them to do some content deals in the cinema exhibition world? Stay tuned, in HDR, on direct view LED– whatever screen you follow– as the story unfolds.