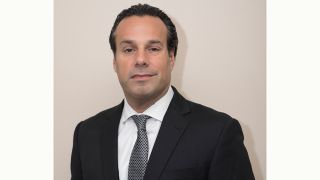 RCF has named Tarik Solangi vice president of sales and marketing, and appointed the Marshank Group, AM Pro Audio, and Audio Source as manufacturers’ representatives for the Western U.S.

Solangi’s industry experience includes time as a production company and recording studio owner, tour coordinator, and manager. He started with RCF as an independent consultant providing technical support and managing product demonstrations for the touring and performing arts communities. In 2015, he was named national sales manager. Since that time, RCF USA has evolved. Initially the wholly owned distributor of the RCF and dB Technologies brands owned by the RCF Group in Italy, RCF USA has refocused solely on the RCF brand of loudspeakers and electronics for the U.S. market. With Solangi at the helm of sales, the company has excelled with significant growth.

That restructuring has also brought a purpose for RCF USA to redefine the roles of the management team to continue to achieve the continued maturation and recognition of the RCF brand in the United States.

“There are many reasons to move Tarik into this position,” said RCF USA CEO Roni Nevo. “As our company has grown tremendously over the last few years, it is important to have the infrastructure in place for the continued management of the company for the future.”

As part of the company’s repositioning, it has appointed three new manufacturers’ representative firms. The Marshank Group will cover Southern California, Nevada, and Arizona; AM Pro Audio has been assigned Hawaii; and Audio Source will represent the company in the Pacific Northwest region of Washington, Oregon, Idaho, and Alaska.

“The Marshank Group is proud to join forces with RCF,” said principal Gary Marshank. “Our commitment to bringing the highest-quality service to our accounts and manufacturers will be strengthened by the addition of this line. We look forward to many years of partnership with this highly respected brand.”

Salem, Oregon-based Audio Source has already been representing RCF in the Northern California territory, and adds the Pacific Northwest to its coverage area. “Bringing our entire territory into the RCF family provides us the ability to use the resources of our total team of sales and engineering personnel to bring a stronger vision of RCF into the region,” said Audio Source principal Richard Gibson.

The addition of AM Pro Audio in Hawaii brings a former RCF rep back into the fold. Principal Art Wall worked for years with the Eaton Sales group in upstate New York representing RCF before his decision to relocate to Hawaii.