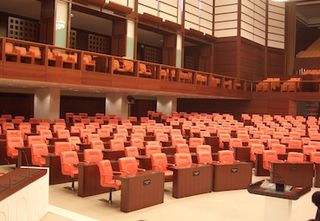 The Grand National Assembly of Turkey—generally known as the Turkish Parliament—recently upgraded the microphone system in its Main Hall, located in the capitol city of Ankara.

For the massive project, the Parliament’s technical department called upon installer/distributor Elektrosonik Ltd., which in turn suggested JTS Microphones.