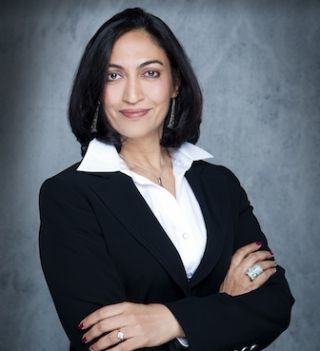 Aneeta Gupta.
Penny Sitler.
Aneeta Gupta started her business, Visonaire, in 1995 with just two employees. It has since grown to become one of the largest systems integrators in the Middle East, with more than 600 people supporting the organization and its customers. Gupta is an astute leader with tremendous vision, which has driven Visionaire’s growth from its beginnings in box sales to an end-to-end service provider of integrated technology solutions. Her perseverance has led Visionaire to embrace the opportunities of early networked AV solutions, multi-site videoconferencing, central control, leading-edge digital signage, IPTV, telepresence and, most recently, unified communications and collaboration. Visionaire has earned recognition locally in Middle East and internationally by winning many industry publisher awards.

With more than 30 years of AV industry experience, Penny Sitler has built a marketing program at Draper Inc. worthy of recognition, launching all web and social media initiatives and overseeing many product launches. Starting at Draper as an intern, Sitler eventually became the company’s first female salaried employee. Over the years, she has mentored, trained and supported other women — both at Draper and at other businesses — in professional and management roles, has hired and mentored many female student interns and has presented in-house leadership classes for women at Draper. Continually seeking to learn, Sitler became a LEED AP in 2007, making her one of the first women in the industry to earn this important accreditation.