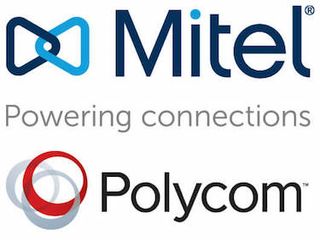 Mitel and Polycom have entered into a definitive merger agreement in which Mitel will acquire all of the outstanding shares of Polycom common stock in a cash and stock transaction valued at approximately $1.96 billion. Under the terms of the agreement, Polycom stockholders will be entitled to $3.12 in cash and 1.31 Mitel common shares for each share of Polycom common stock, or $13.68 based on the closing price of a Mitel common share on April 13, 2016. The transaction represented a 22 percent premium to Polycom shareholders based on Mitel's and Polycom's "unaffected" share prices as of April 5, 2016 and is expected to close in the third quarter of 2016, subject to shareholder and regulatory approvals and other customary closing conditions.

Mitel sees the communications and collaboration industry as undergoing a period of intense change that is breaking down barriers between previously discrete markets and technology domains. Through a series of strategic acquisitions, Mitel has sought to capitalize on changing market dynamics and transform the company to help customers operate more efficiently. Mitel hopes the the combination of the two companies will create a new industry leader, leveraging Mitel's reputation in global communications with Polycom's brand and portfolio in the conference and video collaboration market.

The combined company will be headquartered in Ottawa, Canada, and will operate under the Mitel name while maintaining Polycom's strong global brand. Richard McBee, Mitel's chief executive officer, will lead the combined organization. Steve Spooner, Mitel's chief financial officer, will also continue in that role. Once the transaction is finalized, Polycom directors are expected to assume two seats on the Mitel board. Once merged, the combined company will have a global workforce of approximately 7,700 employees.

"Together, Polycom and Mitel expect to drive meaningful value for our shareholders, customers, partners and employees around the world," said Peter Leav, president and CEO of Polycom. "We look forward to working closely with the Mitel team to ensure a smooth transition and continued innovation to bring the workplace of the future to our customers.

The transaction is expected to close in the third quarter of this year, subject to stockholder approval by Polycom and Mitel, receipt of regulatory approval in certain jurisdictions, and other customary closing conditions.