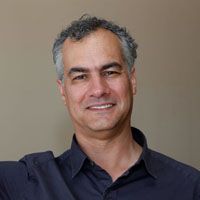 AES67 supports both unicast (one-to-one) and multicast (one-to-many) audio transmission, although the demo will be primarily a multicast demonstration, along the lines of the PlugFest testing carried out by the AES in cooperation with the European Broadcast Union (EBU) at the Institut für Rundfunktechnik (IRT) in Munich, Germany, last year.

“Although pairs of manufacturers have independently verified interoperability, and large-scale, multi-manufacturer testing was done a year ago at the PlugFest in Munich, this will be the first significant public demonstration of AES67 interoperability," said Kevin Gross, MNA, technical working group chairman. "It’s powerful to see AES67 fulfilling its promise making network audio connections between devices and protocols that were formerly incompatible.

“In addition to audio transport, we will be demonstrating some of the manufacturer-specific discovery, control, and monitoring functions that augment AES67 audio interoperability and coexist on the same network.”

AES67 enables high-performance audio-over-IP streaming interoperability between the various currently available IP-based audio networking platforms. AES67 operates over standard layer 3 Ethernet networks and is routable and fully scalable, like any common modern IT network. As a rule of thumb, any network infrastructure capable of handling VoIP should be able to handle AES67.