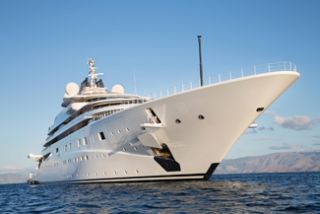 Lightware’s 25G Hybrid 120x120 router is riding the seas after an integration project on a 250-foot private yacht built in Germany.

The Lightware 25G router features HDMI inputs for local satellite TV boxes in the yacht’s staterooms, and fiber outputs to feed Lightware MODEX receivers in the cabins. MODEX modular transmitters and receivers extend digital and analog video and audio, USB KVM, Ethernet, and control signals over a single fiber or CAT5/6/7 cable. Lightware developed special mounting hardware to allow the 25G frame to slide in and out of the equipment rack and make the most of space in the rack room.