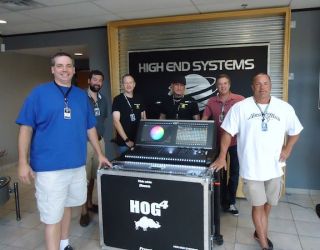 Since its introduction at the 2012 LDI trade show, the Hog 4 range has seen success in all entertainment markets; to this end, the company unveiled a contest based on the most entries for use of a Hog 4 series product from the launch date through June 2013.

High End's Director Of Product Management Chris Ferrante said, "We're thrilled Scott earned the console, not only for the vast numbers of uses, but also for the unique applications used on multiple movie sets and commercials.”