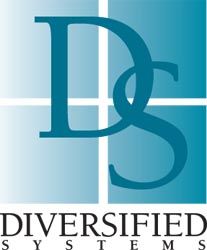 Some of Diversified Systems' projects resemble IT jobs more than AV integration projects. For instance, the company specified a network operation center for Qualcomm in San Diego, a site that harvests local news video from all over and encodes it for delivery to mobile devices.
But recently the company's sales group has not had trouble finding those $20 million jobs. Over the past two years, as Diversified Systems' revenue has increased and the employee roll has extended, the number of jobs that the company has completed has dropped markedly. Collins confirms the conclusion that simple math dictates: Jobs are getting bigger. "It's a simple thing to look at," he said. "It's all about a mix of clients; for example, would you rather do $10 million of business with 100 different clients, or would you rather do it with one or two?"

One of those larger clients last year was the Prudential Arena in Newark, NJ, the new home of the NHL's Devils. Because of the concept-to-completion nature of that project (made possible in part by the site's proximity to the company's Kenilworth office), the job involved an $11 million dollar technology contract. (Even that $11 million figure did not represent all of the technology with which Diversified interfaced, such as center-hung scoreboard. Collins estimates the total AV bill was closer to $25 million.)
Of course, most stadium and arena jobs aren't quite that big. "Typically a stadium or arena for us is in the $2 million to $4 million range," Collins said.
With every move into a new area of the industry, Diversified Systems hires new employees. "I have an eclectic mix of disciplines in our engineering and project management groups," Collins said. "People who came from the IT industry, archtiects, broadcasters-and then AV/presentation-type designers."

New employees quickly learn Diversified Systems' unique corporate culture. According to Collins, it's a team atmosphere, one where complacency is not tolerated. "If you relish a challenge and participating in cutting-edge projects, then you love working here," he said.

Maintaining that corporate culture is a natural check on the company's growth. To open up a new office, for instance, Collins says Diversified Systems follows an organic growth model that requires the company to have existing business in the new location, and just as important, high-quality new employees that have already proved themselves.