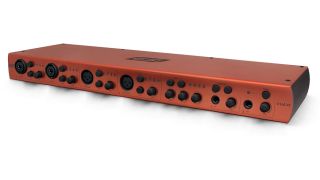 The What: ESI has launched the U168 XT and U86 XT, a progressive pair of USB 2.0 high-speed audio interfaces for Mac and PC, designed to bring better performance to USB (Universal Serial Bus) audio technology for better results.

As an equally versatile USB 2.0 high-speed audio interface for Mac and PC with an analog-to-digital conversion, dynamic range of 107dB and DAC dynamic range of 112dB, the U86 XT shares the same feature set and functions as its U168 XT bigger brother, but with a reduced number of physical analog inputs (eight) and outputs (six), and reduced dimensions. Both bundle packages come complete with an eight-track version of Bitwig Studio, the namesake next-generation music creation and performance software solution from Berlin-based Bitwig as well as a license for DJ specialist Stanton’s Deckadance LE software.