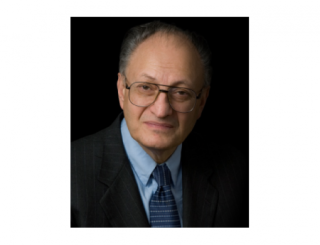 George Feldstein, 1941-2014
He passed away peacefully at his home with his family.

“His passion and love for our industry was evident in everything that he did,” a company spokesperson said. “His influence has left an indelible mark on all those who were fortunate enough to know him. He was truly a great man and a great leader. We will all sorely miss him, but his spirit will live on in all that he touched.”

Details of services were unavailable.

In March of this year, Feldstein, always the hands-on CEO of the company he founded in Bergen County, NJ, in 1969, ceded day-to-day control of Crestron to long-time executive Randy Klein. Feldstein assumed the role of chairman of the company at that time and Klein became president and CEO. Feldstein’s son Dan is vice chairman and COO.

Upon learning of Feldstein’s passing, CEDIA issued a tribute to the Crestron founder.

“The home technology industry has lost a great visionary,” said Don Gilpin CEDIA executive director and COO. “To say that George had a huge impact on our industry would be a great understatement. His impact in the world of home automation and home technology simply cannot be measured. His passion will be greatly missed. Our thoughts are with the Feldsteins and the Crestron family.”