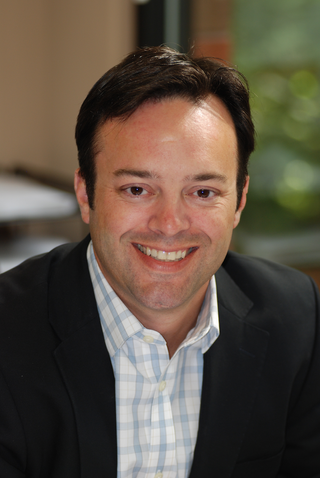 Chris Gibbs, President and COO of ExpoNationWe sat down with Chris Gibbs of DSE, to find out what’s new and interesting about the March 2015 expo. Gibbs is president, and chief operating officer of ExpoNation, LLC, that produces DSE. Gibbs co-founded Exponation LLC in 2002. As sales manager, he successfully launched the company’s first trade show and conference– LightShow/West, a biennial regional event focusing on commercial and architectural lighting on the West Coast. In 2004 he lead the sales effort to launch Digital Signage Expo (DSE), an event focusing on digital signage and interactive technology. The show quickly became the show leader in the growing market. In 2006 Chris was promoted to Executive Vice President, with responsibilities for all of Exponation’s trade show and internet sales activities. He was promoted to president and chief operating officer of Exponation, LLC in October 2008. Digital Signage Expo won a Tradeshow Week Fastest 50 award in 2007, the first year that the show was eligible for this award, recognizing its exceptional sales growth from 2004- 2006. DSE was a repeat winner as a “Fastest 50” event in 2009 and 2011.

Keene: The DSE will be back at the LVCC for 2015. Are there any changes/updates to the show layout, etc, that are interesting?
Gibbs: A centerpiece for DSE 2015 will be a large area on the show floor dedicated exclusively to end users to meet and network. In addition, we're launching a Mobile Integration Zone that will mirror our Digital Content Show, with both having theaters for educational purposes. The third educational theater on the show floor will be devoted to presentations on Best Practices in digital signage. Unlike the rest of the educational program, these three theaters are free to attendees.

Keene: How do you see exhibitor registration shaping up?
Gibbs: This year is shaping up to be our best yet with returning exhibitors showcasing their latest products as well as a host of new exciting companies entering the space. We are currently tracking slightly higher than last year regarding the number of exhibitors.

Keene: Ad-based networks are continuing to proliferate– but do you see, at the DSE show, more activity (hardware, suppliers, etc) involving non-Ad-based digital signage? (such as used for corporate communications, education, transportation, etc).
Gibbs: This trend isn't new, and there's nothing to show that exhibitors have focused more or less on non-ad-based networks vs. ad based over the years. While hardware and software manufacturers typically follow the money, we don't believe they place more emphasis on one type of network over another. As for ad-based networks continuing to proliferate, it appears to us that there's more of a trend toward consolidation than proliferation. And if not a trend toward consolidation, then a trend toward other business models, such as subscription-based networks.

Keene: Las Vegas shows typically get more international attendees (than in NYC, Orlando, Chicago, etc). Will there be significant international activity at DSE?
Gibbs: DSE continues to enjoy growth from the international community, especially from Latin America. That is why we've expanded the number of courses we're offering in Spanish at DSE 2015 fourfold. We're also continuing to court digital signage associations from Latin America, as we have with a Brazilian association, to participate in the show. However, we also have outreach programs involving other parts of the world as well.

Keene: What about education at the show? Any interesting developments, in terms of the educational tracks?
Gibbs: For 2015, DSE has reinvented its education program, placing as much emphasis on peer-to-peer collaboration and idea sharing as on traditional one-to-many presentations. Toward that end, we've reorganized the eight tracks around five distinct attendee segments, with single tracks dedicated to Digital Signage Fundamentals, DOOH Network Operators, Advertising Agencies, Systems Integrators & Installers, and Digital Signage in Spanish, and three tracks dedicated to end users. Most importantly, within each track we've included not only two traditional seminars but also two group collaboration sessions, which we're calling "Idea Exchanges." Essentially, these are small group discussions based around a single broad topic, with a session facilitator introducing the theme for discussion and then peer facilitators leading the discussion among the attendees at their tables. This format was exceptionally well received at DSE ONE in New York this past October.

Keene: What pre-show activity is new or different this year?
Gibbs: We've fine-tuned our positioning of the DOOH network operators conference so that it's now the DOOH Strategy Summit, providing big picture thinking about the state of the industry and its direction. Additionally, the Platt Retail Institute will be co-locating its retail forum with us once again, but with a focus on analytics, one of the current big stories in retail. Also, two organizations new to DSE will be co-locating their conferences with us, with the Society for Experiential Graphic Design (SEGD) producing a conference dedicated to the use of digital display technology in the built environment and Ragan Communications putting on a conference dedicated to corporate communications professionals. And while the two pre-show DSEG Digital Signage Certified Expert courses in English and Spanish will remain the same, DSEG will be introducing a post-show Spanish course on digital signage content as a companion to its post-show Digital Signage Content and Media course in English.

Keene: Special sessions/activities at the DSE? Have you added, or significantly upgraded existing, sessions?
Gibbs: In addition to the reinvention of the conference program with its end user and collaboration focus, it's important to point out that we've expanded our Spanish language program from two courses in 2014 to eight in 2015. This includes the two aforementioned DSEG certification courses, the four seminars in the new Digital Signage in Spanish track in the main conference program, and two Industry Roundtables in Spanish held on the show floor. Another significant program change is the annual DSE Awards Banquet is now an Awards Breakfast event, to be held on Thursday, March 12, 2015, prior to the start of the conference program that day. This new format will allow many more attendees to participate in the awards ceremony and join in honoring some of the year's best digital signage / interactive installations and content achievements.

Keene: DSE typically has a good showing of end users. Anything new at the show regarding end users?
Gibbs: We continue market heavily to many of the end user categories and anticipate another strong showing from these industry segments. Our new website was built with this in mind, guiding the potential attendee to their custom page with all DSE has to offer for their specific industry. The 2015 educational program was developed to offer something for almost every end user category. Add the new collaborative nature of our seminar program and we feel DSE 2015 will be the best yet for end user attendees.