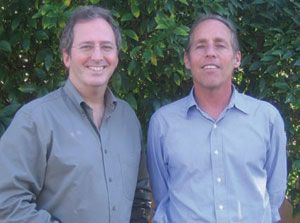 TARZANA, CA—Marshank Sales is celebrating its 90th year in business in 2010. Led by Gary Marshank and Paul Hugo, Marshank Sales is a third-generation independent rep firm that was started in 1920 by Marshank’s grandfather. It has over 3,200 square-feet of office and warehouse space in Tarzana, CA, a satellite office in Phoenix, AZ, and salespeople based as far south as San Diego and as far north as Thousand Oaks.

The company was started by Dave Marshank, who was a factory-direct salesperson for radio parts prior to moving to Los Angeles in 1920. He was given the opportunity to open an office in California and take on other manufacturer’s products, which made him an independent rep. Gary’s father, Norm, joined the company in 1946 after serving as a pilot during World War II. Norm remained at the company for over 55 years before retiring in 2003. The company expanded its coverage of the live sound and commercial audio market when Hugo became a partner three years ago.

NEW MILFORD, CT—Magenta Research has announced the return of the original founder and CEO of the company, Keith Mortensen. Returning to the helm of the company as CEO, Mortensen looks forward to leading Magenta Research further into the digital future while still respecting the value and success of the MultiView Series, Magenta’s flagship product line.

PHILADELPHIA, PA—Eight Barco Galaxy NW-12 projectors are being used to create a 360-degree, 3D stereoscopic theater to present the new “Lights of Liberty” show, a permanent exhibit at the Historic Philadelphia Center. The show portrays the evolution of democracy in the U.S. through artful storytelling and theatrical illusion.