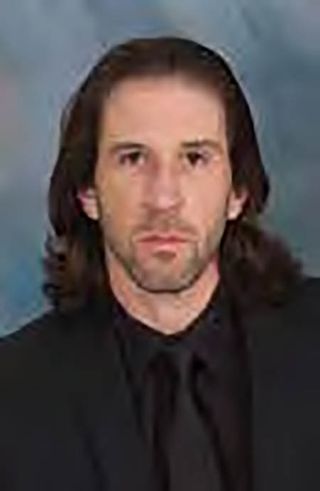 Aurora Multimedia Corp. will debut a new product at Integrated Systems Europe (ISE) 2015 in Amsterdam that company CEO Paul Harris believes will bring about a paradigm shift in the AV presentation world. Utilizing what Aurora has trademarked as IPBaseT technology, the initial product, the IPX-TC1 4K IP audio/video distribution transceiver, combines various current transport standards in a single unit that offers 4K2K over fiber with zero compression and zero latency.

“Normally companies come out with a ‘new and improved’ product. What we’ve done is go beyond that; we’re going to change the typology of AV distribution,” Harris said.

Each IPX-TC1 can be set as a transmitter/ encoder or a receiver/decoder and can interconnect with off-the-shelf 10G switches and fiber, to make AV system deployment easy.AV, data and control distribution systems have, until now, typically comprised some form of proprietary frame with optional cards or modules supporting various I/O and matrixed transports: HDMI, SDI, CAT extenders, and more. Aurora intends to “shake up” accepted practice with a single SKU—each IPX-TC1 may be set as a transmitter/encoder or a receiver/decoder, and is even capable of switching modes on the fly—that interconnects with off-the-shelf 10G switches and fiber, enabling quick and easy AV system deployments, as well as streamlined inventory management and troubleshooting.

Standards such as USB, JPEG 2000, and H.264 have strengths and weaknesses that make them more or less suited to various applications, according to Harris. Aurora’s new technology provides the means to take advantage of the strengths of these various IP and AV standards.

“What we’ve created is the glue that makes them all work together. In some ways it’s revolutionary; in other ways, it taps into existing practices,” he said.

For such a small box—the IPX-TC1 measures 7 in. by 4 in. by 1.25 in.—the unit offers a lot of connectivity. In addition to the SFP+ port, which enables the use of single or multi-mode fiber, there is a 1G LAN PoE port, an RS-232 serial port and bi-directional IR and a 48V connector. Two HDMI inputs and one HDMI output support up to 4K2K, YUV420, 60 Hz video. There is a USB 2.0 connector, selectable as a host or a device, operating as a KVM and supports 480 Mbps data transfer rates.

With the IPX-TC1 set as a transmitter the two HDMI inputs become a 2:1 source switch, while the single HDMI output can become a loop out, selecting what is transmitted and what is available locally. When the box is set as a receiver, IP sources or local HDMI inputs may be selected. A customizable OSD and built-in web server enable system programming using IP standards. The product also offers a zero-latency video wall operation mode.

On the audio side, stereo analog line in and out and S/PDIF audio is available. A single expansion slot accepts an Audinate Dante IP audio option. The IPX-DTE-1 Dante option provides access to many existing Dante-enabled devices, including amplifiers, speakers, mixing consoles and other components.

Aurora Multimedia Corp. will debut the IPX-TC1 4K IP audio/video distribution transceiver during ISE 2015, which CEO Paul Harris says will “change the typology of AV distribution.”The IPX-TC1, scheduled to begin shipping Q2 2015, will also be available in a wall plate version, the IPX-TXW3. It houses one VGA, one HDMI, one DisplayPort, analog audio inputs, optional USB and optional 1G ethernet.

The idea is that everything can travel on IPBaseT’s 10G fiber, explained Harris. “You can use our backbone as the main delivery mechanism. For example, there is no need to run a separate CAT cable for the 1000 Mbps copper LAN because the IPX Series has all the bandwidth required. Over the 10G pipeline, we deliver 480 Mb per second USB 2.0, 10/100/1000 Mbps ethernet and 4K2K video. The box can do audio breakaway and up to 32 channels of audio on that pipeline as well.” In a room combining application, for example, a traditional system might involve a complex, interconnected system of wall plates, CAT-5 HDMI or VGA extenders, audio amplifiers and a matrix in each room. With Aurora’s IPBaseT technology, the IPX wall plate connects over fiber to the switch, with another fiber running to the IPX-TC1 set as a receiver at the display. Any wall plate can be routed to any display, audio can be routed independently over Dante, and video can be seamlessly switched, said Harris. Control system operation is simplified as the switching control of the video, audio and data is handled by the transmitters—IPX-TC1 or IPX-TXW3—as opposed to a managed switch.

As for future developments, “I don’t want to tip our hand about where we’re going,” said Harris, “but by the time 2015 is over, it’s definitely going to make its mark, and we’ll have some add-ons that no one will see coming.”

Steve Harvey (sharvey.prosound@gmail.com) has been west coast editor for Pro Sound News since 2000 and also contributes to TV Technology,Pro Audio Review, and other NewBay titles. He has more than 30 years of hands-on experience with a wide range of audio production technologies.