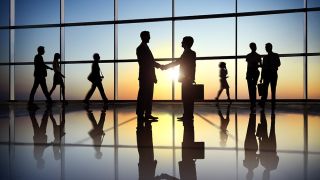 Hill, who has been with the firm for more than 11 years, has been promoted to the position of principal. He brings more than 25 years of experience as a consultant and theatre professional to his work, and is the studio manager for the San Francisco office in addition to managing projects around the globe.

Brainerd, now an associate, joined the firm’s San Francisco office in 2011 and has lent her project management and design skills to the company’s civic and educational projects. She is an experienced theatre professional, having worked as a technical director for Iowa State University prior to joining the firm.

Macpherson, also promoted to associate, brings together his passions for theatre and architecture in his role at the firm. In the four years since joining Auerbach Pollock Friedlander, he has been the lead designer for a broad range of projects, from high schools to large commercial entertainment venues. He previously worked as a scenic lighting designer and production manager in New York, both on and Off Broadway.

Rhodes has rejoined the Auerbach Pollock Friedlander team as senior associate. After her departure in 2008, her family relocated first to Europe and later to San Antonio, TX. During her 12-year tenure with the firm, she worked on a variety of projects ranging from historic renovations and regional multipurpose spaces to large, multi-venue performing arts complexes throughout the world. In her new role, she will collaborate on the design, documentation, and management of the firm’s domestic and overseas projects.