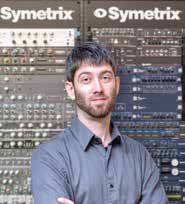 Founded in 1976 by a recording engineer, Symetrix has always had its heart in audio—and over the past four decades working in studio, broadcast and installation, we’ve seen a whole host of different audio trends come and go. With our focus today being on flexible, high-power digital signal processing technology for installed and live sound, we’ve had plenty to consider in recent years regarding the choice of audio protocols.

As everyone talks about the (relatively) new audio buzzword—“networked”—it’s important to clarify the current state of our market. We’re now in the second generation of major networked audio technology—originally starting with proprietary protocols like SymLink, created by manufacturers that wanted an effective way of sharing information across an installation with multiple devices, and then moving on to the CobraNet and EtherSound realms. Today, as an industry, we’re primarily looking at two protocols for live sound and installation: Audinate’s Dante media networking technology, which offers some clear advantages—both technically-speaking (a routable protocol that harnesses the price/performance benefits of 100 Mbps and 1 Gbps switched ethernet networks) and from an adoption standpoint, in that Audinate announced its 200th licensee at Integrated Systems Europe 2015 earlier this year, which makes finding compatible products very easy indeed. The second is AVB, developed by a consortium of manufacturers (including Audinate) called the AVnu Alliance, which is holding its ground with newly certified AVB endpoints. Regardless of the protocol, networked audio is seen as more of an asset, even a requirement, than it was ten years ago.

Because of networked audio’s proliferation, many people in our industry continually ask which technology, if any, will ever definitively win and be considered the “standard.” There’s no universally agreed-to answer to this (if there was, we wouldn’t have the protocol debate), but the two things to watch out for are ubiquitous interoperability and manufacturer adoption. Personally, I believe it makes sense for integrators to focus on manufacturers that have adopted the more popular networked audio technology: it provides them with increased options, better interoperability, greater support resources, and more flexibility in implementation. To better get along with a facility’s IT department and make use of existing infrastructure, a technology that can be managed by IT staff and utilize the existing network hardware should be key—IT teams are concerned about converged networks and how to manage them.

In fact, DSP products typically play a key role in converged AV/IT networks: the processor often acts as a hub or convergence point for audio in a networked AV system, and typically bridges (or makes use of) several network technologies from standard ethernet communications to VoIP, to one or more networked audio protocols, such as Dante. Many integrators choose specific DSPs based on the networked audio technology they utilize. Despite what some commentators believe, I don’t think AV/IT convergence will be a threat to audio professionals—although some integrators may be concerned. I think it is and will continue to benefit them—there will be a need for, and room for, specialization, as very few people can be an expert in both fields, AV integrators will still be a key part of a systems project working alongside IT departments. Manufacturers should support both parties by providing those with traditional audio knowledge the information needed to be IT-relevant, and conversely with IT teams—it’s important both parties have a grounding of the basics of each other’s realm, even if they don’t have the same level of knowledge as the other.

Now that we’ve covered audio and IT, what about audio and video? Many have commented on whether audio will integrate with video in the future, and I think this has proven (and will continue to prove) rather tricky. It’s unclear if we’ll ever have a common transport technology as AVB was intended to be, and there are many widely-used and adequate video transports in the industry already—there appears to be no desire to standardize on something new, so the closest I believe we’ll get in the near future is a unified network.

Networked audio solutions are very much the topic of debate in this industry, and with good reason—but that doesn’t mean that you must implement them in every installation. The usefulness of an audio network is going to be dictated by the needs of the system; not by the industry buzzwords, but by commercial audio’s engineering roots. We’re an industry of problem-solvers, pioneers, and professionals.