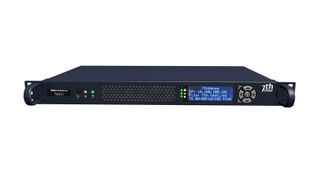 The What: 7thSense has expanded its media server portfolio with the addition of the Nano-SDI Media Server from the Delta Media Server range. The product, an entry-level media server, is an affordable way of introducing uncompressed media playback into workflow for fixed installations.

The What Else: “Users of Nano-SDI will benefit from incredibly easy content management and seamless playlist operation,” said John Harding, senior electronics engineer at 7thSense. “We developed this as a solution primarily for theme parks, museums, science centres and attractions—venues with a lot of content, a lot of displays, and a need to quickly and easily deliver media without compromise on quality. Already, we’re seeing significant interest from those who had previously used media format-specific HD playback servers that are no longer available.”

Nano-SDI is available in two configurations: Nano-1-SDI with up to 2KHD@60fps output in both compressed and uncompressed playback formats. Nano-1-SDI-4K is capable of up to 4K@60fps SDI uncompressed output with storage and playback upgrade options available.

Both configurations are capable of playing uncompressed or Codec-based media (including MPEG-2, M2V, MP4 and more) and with comprehensive real-time warp and blend features in-built.

The Bottom Line: The new features developed for Nano-SDI will be rolled out across the Delta Media Server product range.