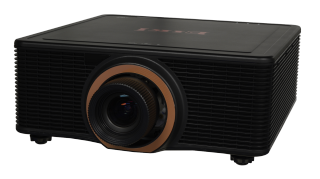 Laser projectors have only been available to the public for about 10 years, yet already they’ve changed the audiovisual game. Higher quality images, greater efficiency, and more compact designs have made them the new gold standard when it comes to projection technology.

Still, many hesitate to jump on the laser bandwagon. They want to know if the advantages justify the higher price tag and whether they should wait until even better laser technology comes out in the near future. The answer depends largely on what organizations need, whether they can afford the initial investment, and how long they’re willing to wait for technological improvements.

Why Are Laser Projectors Preferred?

Quality, brightness, and longevity. Anyone who has seen a lamp projector and a laser projector side by side in a dark room knows that lasers produce a much brighter image, and since they can handle nearly any wavelength of light, they’re able to produce deeper, richer, more precise colors as well.

Overall, the best laser projectors have a 20,000 or even 30,000-hour lamp life. Compare that with the average 3,000-hour lifespan of a traditional lamp projector, and you can understand the appeal. Of course, you can’t replace the laser once it fails, but that’s unlikely to happen for at least 12 years, and only if you use it 8 hours every day.

Then there’s the matter of efficiency. Conventional projector lamps emit white light, which is then broken into blue, green and red light, which is then recombined to form white light. It works. It’s also inefficient. All of that hard work takes up a great deal of energy and releases a lot of heat, which in turn requires a powerful (and noisy) fan.

Laser technology projectors, on the other hand, use only the light needed to create an image, and therefore, tend to run relatively cool. No fan. Less energy. Less noise. Last but not least, laser projectors are comparatively space-efficient. Although they often weigh just as much, they come in a more compact package than their bulky, lamp-based counterparts.

The biggest drawback is cost. Laser projectors can set you back anywhere between $1,000 and $20,000. While many cost-conscious shoppers balk at the initial investment, it’s important to keep lifetime costs in mind. Laser projectors require far less maintenance and never require bulb replacement, which can run into the hundreds of dollars (those who have ceiling-mounted projectors will find that the savings go beyond the cost of a bulb, since it’s not always easy to remove a projector for repairs).

In short, laser projectors might be more expensive, but in the long run they could be more cost-efficient, depending on how they’re used.

The Future of Laser Technology

Both technologies have come a long way in recent years and are now making a big impact on the audiovisual world. In the meantime, existing laser technology has already raised expectations when it comes to image quality, lifespan, and efficiency.

Steve Rubery, general manager for Eiki International, Inc., is responsible for in-house sales operations and managing the regional sales representatives. He is CTS certified and an authorized trainer for the HDBaseT Alliance. Steve began his career with Eiki in 2004 and has been recognized for helping expand the company’s sales.