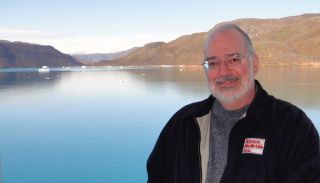 Alcorn with his wife Linda and daughter Dani in Yosemite National ParkAnd it’s working: Alcorn McBride recently received a vendor of the year award from a very prominent theme park company. “It was a very proud moment for all of the employees here because it recognized the fact that we’re a unique company,” he said. “Not only do we deal in technology that is really only used by companies with hundreds of thousands of employees, and yet it’s all done by a staff that is quite small: the whole company is 20 people.”

Alcorn doesn’t foresee himself ever completely retiring from the company, though he would have a lot to occupy his time if he did: he still composes and records music, is an author and writing instructor for both fiction and non-fiction literature, and enjoys wine tasting—to name just a few of his many hobbies.