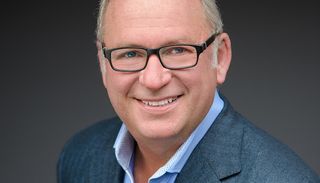 Remember that fun college job you had that would never have potential to transform into a fulfilling, successful career path? For Brock McGinnis, it was working as a DJ in the heyday of disco. Of course after graduating, as planned, he donned a suit and tie and went into the insurance and investment business. After a few years of hating his job, he prepared to start a family, and he knew that he needed to find a vocation that would make him happy. So he went out and bought into a DJ business. It was the first step in a series of natural progressions that have led McGinnis to build various businesses in sound, lighting, and audiovisual.

McGinnis’ path to establishing one of Canada’s premier AV integration practices is on the surface somewhat of a common story, yet his skill as a self-proclaimed “collector of people” is one of several traits that have solidified a position akin to celebrity in our tight-knit industry. He is quite simply one of those guys that everyone knows and loves, adept at working the room to connect with colleagues, new and old, who share his influence in the business. It’s a position the significance of which he dually relishes and humbly downplays. He reasons that he’s always enjoyed being an entertainer, playing trumpet, piano, singing choral and folk music, and he identifies communications as a talent. “I think helping somebody else understand what technology will do for them has been a good part of my schtick.”

If there’s one word at the root of McGinnis success, agility comes to mind. He embodies a flexibility keenly attuned to the ever-changing ways of the world, nimbly reacting to push and pull, perpetually prepared to take a fearless plunge into the unknown. “I have a high tolerance for risk, for trying things that have never been done before and doing new things,” he noted. “I thrive on new and different. That’s what bolts me out of bed in the morning.” Whether it was competing for large projects or getting involved in the construction industry, one needs only to look at the trajectory of his life to see the proof.

Dialing back to the early ’80s, what started as DJ rentals was soon packaged into tidy sales of a nightclub in a box. The desire to relocate his family closer to where most of his customers were led to a move to Toronto and then, in the early ‘90s recession dictated an evolution from nightclub contracting to a wholesale entertainment lighting and audio distribution business. When the manufacturer who accounted for 80 percent of their revenue decided to begin selling direct in 1998, he faxed off a notice informing clients the business was folding; and then his phone rang. On the other end of the line was David Bennett of Westbury National, a major customer at the time, who wanted to start a sales and install department to correspond with his firm’s formidable touring and event production business. So McGinnis found himself back in the contracting business.

“By about 2004 or 2005, it was readily apparent AV was going to be the next big thing,” he said. While there were plenty of lessons to learn, especially on the “V” side of the AV business, McGinnis proved he could stack up next to the best and learn as he went. On his first big video projector sale in a theater, he won a bid because his was $7,000 cheaper than the nearest contender, blissfully ignorant that the Barco projector the consultant spec’d required a $7,000 lens. Ultimately, despite the modest hit to the bottom line, his work established a positive relationship that continued to grow.

En route from point A to B and all the unexpected stops between, McGinnis is always looking for the next big thing, “and in my case, the next chance to learn about something new,” he said.

Yet when looking ahead, he keeps a relatively blank slate, looking to pursue different kinds of projects and “new ways to make an impact.” McGinnis continues to pragmatically demonstrate he’s ready to adapt to whatever is coming down the pipeline. “The technology continues to change, evolve, and I’ve had to change and evolve with that,” he said. “As a guy that’s been working for 40 years, I think that’s cool because I still have to learn something new tomorrow.”