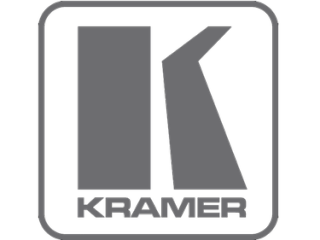 The Kramer Control platform enables integrators to deliver control of lighting, HVAC, communications, A/V and more—along with seamless worldwide connectivity, a critical asset in commercial control and automation markets, such as corporate environments, houses of worship, higher education, bars/restaurants and others.

The platform’s combination of software, hardware and cloud is the result of years of research and development, an effort that received funding from the Israel-United States Binational Industrial Research and Development (BIRD) Foundation.

"We are pleased to solidify our partnership with iRule and to further strengthen Kramer’s presence in room automation, control and management solutions," said Aviv Ron, VP Business Development and Strategy at Kramer. "Kramer Control is a major breakthrough, introducing the most cutting-edge modern technologies into a world that has not changed for years. The difference is in the architecture and extensive cloud leveraging, which translates to value for both the user and installer – from the ease of use in the build and admin functions and end-user experience in a room to data capture and analytics reporting."

The acquisition includes the iRule brand and subsidiary division ON Controls, which offers products and services dedicated specifically for residential integrators. Co-founders Itai Ben-Gal (CEO) and Victor Nemirovsky (CTO) will remain with the company along with the sales and engineering teams at iRule, in their downtown Detroit headquarters. To date, iRule has demonstrated a high degree of success in commercial markets with major brand projects such as Best Buy corporate headquarters as well as the company’s Magnolia showrooms.