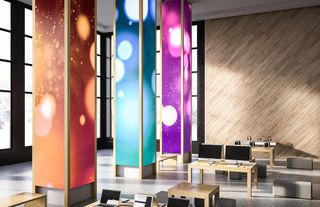 The What Else: Chief’s latest design for digital signage solutions, the TiLED Series, is a modular, LED mounting system to support creative video wall configurations. The system can include any of three mounts that support LED displays and connect together to form a seamless video wall. Engineers created the TiLED system to be easy to specify, easy to order, and easy to install.

Watch the video below to learn more about Chief's TiLED Series.

“As creative as you are with the content, you can be as creative with the supporting structure as well,” said Kathryn Gaskell, director of product management, Chief. “We want to support AV companies by providing the unique experiences that make them shine.”

The Bottom Line: Chief’s TiLED Series maintains a low profile to enhance the sleek aesthetics of LED displays. The total depth, including display, ranges from 3.48-4.85-inches, depending on the amount of plumb adjustment needed.