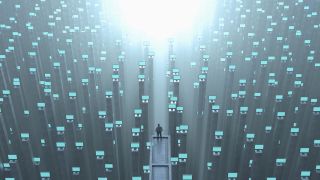 The AV industry is constantly talking about the relationship with the IT department. Will they accept our new technology? Will we get support when we need it? Should our AV traffic be on their network?

In this feature, we’ll review the concerns and involvement each of the AV and IT departments and provide a technical basis for the difference in their views. Finally, after reviewing a little history of the development of IP technologies, we’ll see if there isn’t a lesson to be learned from experiences.

Initially, the information technology department first used IP to deliver data to and from business applications and to do messaging (email). Then, web browsing became the main application. While many transport protocols were available, essentially only two were used: TCP and UDP. TCP carried the bulk of the data between clients and servers, and email and browsing were based on TCP. The general feeling was that UDP would be reserved for control messages and voice. The main department concern was with the network’s bandwidth utilization.

For our purposes in this discussion, we’ll identify voice as a form of audio. Voice and videoconferencing were not originally based on IP; the switch to IP began around 2000 and used UDP exclusively for transport. Suddenly, loss on the network became an IT concern. Losing two successive packets or more in a voice stream caused clicking sounds or silence. When IPTV was introduced, the loss issue became even more critical to IT because the video deteriorated severely with low levels of loss. Dropped packets caused blocks of distortion on the screen, which was called tiling. Video could be delivered on IP networks but was first done with progressive download, and then by a variation developed by Adobe known as Flash. Such video delivery was based on TCP and became the first form of AV technology that could dynamically compete with the existing business flows— that is, the traffic level would rise and fall as bandwidth was available. With this new video traffic, the concern with the network was twofold: how much will it compete with existing traffic and how much delay will lost packets introduce?

During the latter part of this interval, the AV industry made several advancements in the delivery of video on IP networks. Today, the concerns they express center on latency and the composition of the video. Arguments between competing vendors revolve around issues such as the chroma subsampling method (4:2:0, 4:2:2, or 4:4:4) or the latency from glass to glass. The term “zero latency,” later corrected to zero-framelatency, became a method of showing distinction in a product. Once HD and 4K video became the expected resolution, the network issue of bandwidth came to the forefront. Some vendors claimed 1G Ethernet was sufficient. Others said 10G was necessary. Even the issue of whether the video and audio should be multiplexed in the stream has become debatable, with MPEG advocates going one way and SMPTE backers going another way in their 2110 standards.

[Building Synergy Between Campus AV and IT Departments]

The AV industry also noticed that basic Ethernet was missing a key feature: the ability to carry a time stamp that is accurate to the microsecond level. This led to the development of Dante and AVB. AVB was implemented at layer 2, the data link layer. So, its advocates touted that it was an extension of standard Ethernet just like VLANS. The Dante advocates claimed that AVB required special switches. The AVB camp countered that licensing wasn’t required.

Now that we’ve analyzed the concerns expressed by the AV and IT groups, we come to an important conclusion: What is important to AV is often not significant to IT professionals. Similarly, the main concerns of IT managers seem to be overlooked by the AV community.

Let’s look at some specific examples. Ethernet switches have been part of IT since the mid-1980s. However, they have appeared as a necessity for AV networks in just the last few years. For decades, the IT department’s concern was with the management of these switches and the software used to do that management. Cisco and other IT vendors have developed certifications based on knowledge of these management skills. IT staff members also ask if the switch supports VLANs and whether it has fast path adaptation when a link goes down.

Latency is an issue for IT. However, they are questioning if it affects the throughput of TCP applications. Network time is rarely important except for device control. The AV industry focuses on the possibility that the master clock can be carried across the switched network. It is highly unlikely that IT has ever heard of Audinate, developer of Dante, which adds such capability. Additionally, they also are likely unaware that there is an IEEE standard for AVB in spite of the fact that most Ethernet-related standards were ratified by that organization.

One other area where there is a distinct difference is how they monitor networks and conduct problem diagnosis. The IT industry has several popular tools to assess packet content, bandwidth, flow characteristics, and other network health parameters. They include software from Viavi, Netscout, Wireshark, and tools from Cisco. The AV industry, meanwhile, has little to compare with these. A few AV products identify source and destination addresses, port numbers, bandwidth used, loss, and a few other parameters; however, there is nothing that allows in-depth analysis such as the dozens of diagrams, performance charts, and actual packet decoding available in the IT products.

Have you ever wondered if IT is near to dominating the AV industry? We’ve seen some signs that they may be closer than they appear to be. Consider the following: About 2005, the PC was just getting momentum, but the mainframe still did the serious business computing for the company. Companies had a telecom department that ran the telephone system called the PBX, which didn’t use IP. The head of that department was the telecom manager. The leading two vendors were Nortel and Avaya, the latter of which was a spin-off of Lucent, which was a spin-off of AT&T. Then, company named Selsius demonstrated that voice could be successfully implemented over an IP network, and they were acquired by Cisco in 2008. Within five years, Cisco dominated the voice industry, most telecom departments fell under IT, and the telecom manager was unemployed or moved to different position. Today Nortel doesn’t exist, and Avaya’s market position has dropped considerably.

The story in videoconferencing was similar. A decade or so ago, Polycom was the leading vendor and didn’t use IP. Cisco entered this part of the market by purchasing Tanberg and switching to IP systems. By 2015, the teleprescence market was dominated by Cisco and Polycom saw its share of sales dwindle.

What is to be learned from these events? Consider the fact that Cisco now has four lines of switch products that support AVB: the 3650, 3850, 9300, and 9500 models. Biamp has tested these and assures customers that the Tersira line of products are fully compatible with these switches. Is this a sign of Cisco’s seriousness about playing a major role in the AV market? Keep in mind two features we have made in this article: One, Cisco can quickly dominate a segment of the industry and they bring the IT department with them, and two, Competing proprietary approaches seem to lose in the struggle against Cisco choices.

The reason for this vast difference in concerns seems to be evident. AV professionals need to know more about IT networks. On the other hand, IT staff have been slow to understand the differences in audio and video types and the critical performance parameters that separate good delivery from poor delivery. Audio and video aren’t easy to learn. Nor are IP networks and network performance easy to master. The challenge is whether we can cross-train each other to meet the needs of our companies and customers.