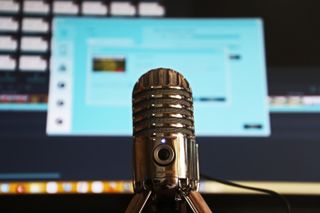 Around the turn of the millennium, audio pundits were wringing their hands about the damage that MP3s were causing, not merely due to consumers downloading music for free—a trend that nearly capsized the music industry—but also from the fact that the diminutive audio files sounded so awful. An entire generation would grow up with no reference points as to what constituted “good sound” and the concept of quality audio would be lost forever.

As it happens, things didn’t work out that way. The portability and convenience of playing music on digital devices stayed with us, but the advent of home 5.1 (and higher) systems, immersive entertainment, high-end streaming services, and yes, better digital formats than the MP3 have all served to raise consumer awareness—and expectations—as to what makes for a quality listening experience.

As consumer audio offerings have improved, they’ve also created an opportunity for many pro-audio manufacturers to apply their expertise to a wider audience, whether creating their own products for the consumer marketplace or licensing their technologies to other manufacturers in that space. As consumers become increasingly sophisticated, in some cases, the lines between the consumer and pro-audio worlds are beginning to blur.

When it comes to balancing pro-audio and consumer presences, Shure, known for its microphones and IEMs among other pro products, has brought its audio sensibilities to consumers ever since it began selling phonograph cartridges in 1933. “As a company that provides quality products to the professional audio community, we are able to scale our technologies to every price point while maintaining the performance, quality and reliability expected from Shure,” said Scott Sullivan, vice president of Global Product Management. “By bringing quality products to consumers, you can extend your reach if you’re able to scale the look, feel and functionality of a professional-use product to meet the needs of a consumer.”

Conversely, he said, developing consumer goods can provide insight into rethinking professional offerings: “It’s not about determining what features stay and which ones go [in consumer models]; it’s about understanding what features make the most sense to include in the scaled-down model for each price point [because] it is incumbent on us to manufacture products that meet consumers’ needs. For example, not every independent musician has a crew, so they need to be able to conduct set up and sound check by themselves. At Shure, we provide tools with the right features to enable them to do that easily. From our viewpoint, that doesn’t take away from the professional users as we’ve created products to serve both use cases. If anything, this provides an opportunity not to undermine, but to create a more intuitive product for the professional users.”

There are many consumers who will never need pro-level features in the audio products they use, but at the same time, introducing those advanced offerings to potential entry-level pro users can prove enough of an enticement to draw some to more robust pro products down the road. That’s part of Avid’s game plan with its First family of free software, which offers abridged versions of Pro Tools, Media Composer and Sibelius.

“It’s really an entry point; that’s what it’s designed to be,” said Adam Lebowski, Avid’s market solutions manager, Pro Audio. “There’s casual users that might want to dip their toes into the world of Pro Tools and maybe they’re familiar with DAWs and recording, or maybe they need to collaborate with somebody who uses Pro Tools. Regardless, they want to see what the world of Pro Tools has to offer them, so we meet those entry-level users, bringing the competencies that the Pro Tools family product line has to offer to them, and as their skills increase, they have a viable ladder to climb and progress to the next level…. You want to give people enough that they can latch on, understand it and feel comfortable with it, and then progress. But like anything else, they bump into the limitations and they realize ‘Well, that part was very important and maybe that other part wasn’t’ and they can make an informed decision about how they want to move forward after that.”

Established in 2012, Latvian software developer Sonarworks has made a name for itself with its Reference software, which aims to make all speakers sound the same so that engineers can have a uniform listening experience while working, regardless of the equipment or space they’re using. Now the company has turned its eye to the consumer experience with its True-Fi software, which revamps some of that technology for end-users.

Martins Popelis, vice president of Professional Products, Sonarworks, explained, “Currently the music industry at large is spending considerable time and effort making sure songs ‘translate.’ At its core, this issue only exists because all speakers and headphones on both ends of the equation sound different. “Good sound” has been a really elusive concept as it is heavily influenced by the rooms, speakers, headphones and varied consumer taste. Sonarworks firmly believes that it’s time to leap ahead and embrace the future where “good sound” is primarily defined by the creative team in the studio. This is exactly what Sonarworks' SR standard delivers; an engineer in a studio with Reference 4 can confidently mix knowing that the consumer will hear music as they intended on the Sonarworks-enabled consumer device.”

One person standing in the nexus where consumer electronics, pro-audio technology and the music that people listen to all meet, is Jack Joseph Puig. While he’s produced, engineered and mixed a seemingly endless list of household names, in recent years, Puig has been also using his experience, ears and position as Waves’ director of Creative Innovation to influence the development of consumer products’ audio offerings, and has been involved in the creation of a slew of high-profile consumer products from Google, Fitbit, Dell and others, employing Waves MaxxAudio Technology.

From his vantage point, Puig sees the levels in quality between consumer and professional audio blurring only more and more, and that’s due to end users who are increasingly discovering the pleasures of an engaging audio experience—and the consumer brands that understand the value of providing it in their products.

“The bottom line is, ‘What does it sound like? How does that experience with that device make you feel?’” said Puig. “If it sounds great and you enjoy listening and interacting with it, that’s the value-add…. When a consumer hears and feels what they have been missing, there will be no turning back and they will gravitate to consumer electronics products that give them a higher quality audio experience.”