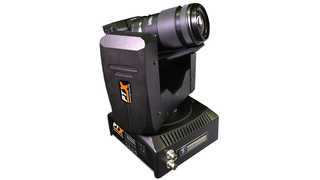 The What: RUSHWORKS has expanded its global presence by signing a distribution agreement with Cache Media, an established supplier of broadcast and AV equipment headquartered in Newbury, UK. The two established organizations will work together to bring RUSHWORKS multi-award-winning PTX Universal PanTilt head to a region that has been anxiously awaiting its arrival since its debut at NAB 2016. Cache Media will market, sell and service the PTX to the United Kingdom and the Republic of Ireland.

The Why: “The PTX Universal Pan/Tilt head received an incredible reception from visitors as well as multiple awards at NAB when it was introduced,” said Rush Beesley, RUSHWORKS president. “Since then, we’ve received inquiries each and every week from international sources. It was obvious that the time was perfect to further enhance our presence, and we are delighted to announce that Cache Media, a company with an impeccable reputation for expertise and service, will be our distributor in the UK and Ireland.”

The What Else: PTX, recipient of both NewBay Media’s NAB 2016 Best of Show Award, presented by Digital Video magazine, and BroadcastBeat’s first place in Originality, is an industry first designed to expand the universe of integrated robotic lighting and video control. Compatible with standalone cameras and camcorders by AJA, ARRI, Blackmagic, Canon, GoPro, JVC, Marshall, Panasonic, RED, Sony, or any other that supports LANC control, PTX provides control of pan and tilt, zoom, focus, iris, and record start/stop, if the commands fall within the cameras’ capabilities.

The Bottom Line: The addition of full DMX control is what defines the singular point-of-difference with this versatile solution. For the first time lighting directors and scene designers can include video cameras in their DMX universes, using DMX consoles to block shots using one or more cameras in their scene definitions. They can iso-record one or more cameras for post-event video editing, and can send the video outputs to IMAG displays and/or incorporate them in their media server outputs. The PTX has a unique fixture profile that can be loaded into the most popular lighting consoles and software for integrated lighting and video show design.