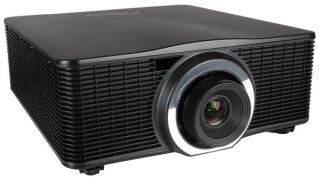 Optomahas launched its new flagship Optoma ProScene ZU850 WUXGA, dual-laser projector to deliver maximum performance, flexibility and reliability to the ProAV market. In addition, the company has released the Optoma ProScene ZU650+ projector with an improved color gamut, adding a performance upgrade to its popular ZU650 model. Every aspect of these new laser projectors has been designed and built to suit the demanding requirements of even the most complex professional venue and installation.

The Optoma ProScene ZU850 is a flagship WUXGA laser phosphor projector designed for large professional venues including entertainment, auditoriums, museums and houses of worship. With 8,000 ANSI lumens, up to 2,000,000:1 contrast ratio with Extreme Black enabled, and MultiColor Laser (MCL) technology featuring both blue and red lasers, the ZU850 provides incredibly bright, rich and vibrant images. A built-in 3G-SDI port also makes this projector stand out as a ProAV market leader.

Features of the Optoma ProScene ZU850 include:

“The ZU850 is a sophisticated, state-of-the-art installation projector offering versatility and reliability for professional environments,” said Brian Soto, head of product management, Optoma Technology. “With an industry-leading laser light source and multiple lens and connectivity options, we are excited to see how professionals embrace the ZU850 in a wide variety of environments.”

In addition, the company is launching an upgraded model to its successful ZU650 projector with the Optoma ProScene ZU650+. This 6,000 lumen WUXGA projector features an improved color gamut, now reaching Rec.709 color, providing better edge blending and color integration. It is available for purchase now for an estimated street price of $9,999.

The Optoma ProScene ZU850 and ZU650+ are available for purchase through authorized dealers including AVI-SPL, Audio General, Full Compass and VMI. For more information about Optoma or any of its products, please visit http://www.optomausa.com/pro.