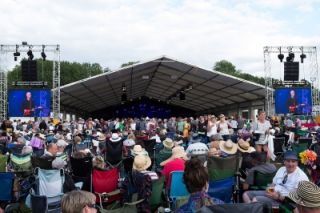 With three days of sunny weather, the central arena outside the Main Stage tent was packed with festival-goers. To ensure that those outside the tent could see the artists onstage, the event organisers called on XL Video to supply a pair of outdoor LED screens.