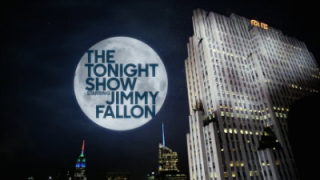 disrupting the studio installation schedule," says Drew DeCorleto, director of lighting production at WorldStage. "Many of the fixtures chosen by Fred were still on the assembly line when installation began. A very strong and steady line of communication with the manufacturing vendors was paramount to keeping us on schedule. Since we provided both the sale and rental packages every fixture in the studio passed through the WorldStage lighting shop en route to NBC."

Bock found that "Drew, [sales project manager] Derek Abbott and everyone at WorldStage gave me complete and total attention every step of the way. I felt that they were my true partners. WorldStage was as invested in the success of 'The Tonight Show' moving back to New York as everyone else working on the project."

Bock's overall design goals for the show were "keeping the lights as unobtrusive as possible to both the design of the studio space and the camera. This was achieved by keeping lights as high to the grid as possible and backing them off to maintain a flattering angle to light the faces of the talent. Set lighting was approached in a very architectural manner integrating the fixtures into the beams and soffits that were a big part of the lighting design."

But Bock followed a different mandate for the band lighting. "The Clay Paky B-EYEs are a contradiction to the main design edicts because they are meant to be seen and provide a look for music that was fresh and new," he says. "The flexibility of the B-EYE makes it a perfect light for effects in the haze, but they can also be used as wash lights in the music set as well."

The Alpha Profiles serve a similar purpose. "They're a great light that can be used for effects and beams in the haze, but they can also
be used to light talent and scenery thanks to their shutters," Bock reports. He chose them for "their flat field, size, brightness, shutters and versatility" and positioned some in the grid to be used as back lights and for eye candy shooting into the camera for music. Six are also downstage of the music set where they are used as keys for music and to light scenery for comedy skits.

Bock says the Alpha Spots are "working very well. They transformed the music space for Lady Gaga's performance giving a high-energy feel that enhanced the number tremendously. They also have been used to light the talent in the performance space and cue cards for sketches."

DeCorleto says the B-EYEs have "turned out to be a 'must-have' light for the show. Using the built in macros, you can utilize all of the impressive effects while only tying up 32 channels per fixture. There is nothing out there like it.”

He calls the Alpha Profiles "probably Clay Paky's best-kept secret. We demo'd this unit last year for NBC and they're on the 'Today Show,' 'Saturday Night Live' and 'Late Night with Seth Meyers.' It's a terrific arc light with shutters that's quiet enough to be used in NBC's smaller studios."

DeCorleto notes that A.C.T Lighting, the exclusive distributor of Clay Paky lighting fixtures in North America, "was there every step of the way for us during 'The Tonight Show' and 'Late Night' process and delivered fixtures ahead of schedule. The B-EYE was actually on 'The Tonight Show' before they were in any vendor shops; that wouldn't have been possible without the tremendous support from Brian Dowd and his colleagues at A.C.T Lighting."

Bock says he "never viewed WorldStage as just the vendor that supplied the gear to us. Drew and everyone else really poured their hearts and souls into insuring a successful launch and load in. They were amazing to work with, and I can't thank them enough for their support and efforts on our behalf."

"Fred is consistently on the cutting edge of technology pushing the boundaries of the industry to new heights," says DeCorleto. "The fixture choices he made are well deserving of their network debut on a stage as grand as 'The Tonight Show.' Every step of the way it was a real pleasure working with him."

At the same time WorldStage was working with Bock, the company was awarded the sale and rental lighting packages for the new "Late Night with Seth Meyers" in NBC's Studio 8G, which was slated to debut oneweek after Jimmy Fallon took over hosting duties on "The Tonight
Show."