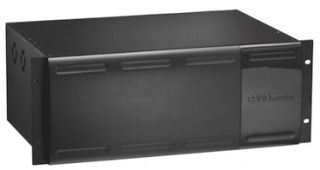 Other sponsors include SCT, Marshall Electronics and Spinitar, representing the integrator voice at the showcase.

The moderator for DSAS is pro-AV and CE veteran Perry Goldstein, currently director of sales and marketing for MXL Pro Audio and Marshall Electronics Pro AV. Goldstein was responsible for assembling three full days of presentations and panel discussions and interviews. “The presentations have really been aimed at the integrator community,” Goldstein says. “It’s informational, it’s a little bit commercial, it lets them know what products are available, about what applications they have, and what spaces they go into.”

Goldstein cited the rapidly changing nature of digital signage technology as one big driving force behind the DSAS. “I think digital signage is so dynamic, and it’s such a moving target because it’s growing every day as far as new technologies, new uses that if you thought you knew about it, you probably don’t know everything there is to know, and if you knew about it last week, you may not know about it today.”