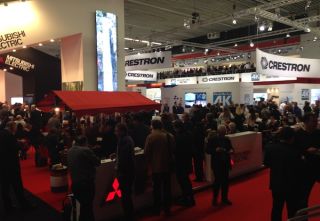 Before ISE 2014 opened its doors today in Amsterdam, more than 950 exhibitors were putting the finishing touches to their booths, helping to ensure that the 11th Integrated Systems Europe will be not just the largest tradeshow for professional AV and systems integration ever held in Europe, but also the brightest and the busiest.