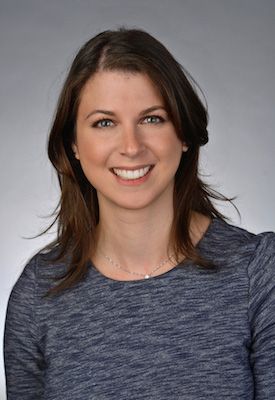 “There is a certain part of all of us that lives outside of time. Perhaps we become aware of our age only at exceptional moments, and most of the time, we are ageless.”

I had to stop at these words just two pages into a book that I picked up in my self-mandated post-InfoComm decompression mode. Basking in the post-show glow, or perhaps it was the blazing Florida sun, I had that feeling of standing still in time, or the irrelevance of time altogether. InfoComm was THE moment, or series of moments that I’ve been gearing up for all year. Even after the carpets have been rolled up and the pallets have been loaded, I was far off in another universe—albeit a mere 80 miles wading into the Atlantic coastline. Yet the reverberations of the “moment” that was InfoComm 2015 for me was still ringing through me. The exceptional has a way of standing still in time. Which is what I think the Czech-born author Milan Kundera was philosophizing in the above quote.

Not to harp on a pretty overused term at this point— the “exceptional experience” has been pounded through the airwaves for weeks now. But while part of me is SO ready to retire it to the buzzword graveyard, it kind of really is what happened. Maybe InfoComm has always been exceptional, and we just never really realized it, or the significance of that.

I think it’s fair to say that most of us walked away from InfoComm 2015 with a refreshed outlook on our roles in the AV industry, be it integrator, consultant, designer, tech manager, end user, etc. The industry has been on the verge of a critical turning point for a few years now, and I think that this was the year that a vision of what the future of the industry really looks like came into much clearer view.

InfoComm 2015 was remarkably noteworthy for its lack of earth shattering product introductions and technology advancements—I heard this from many attendees. Sure, there were interesting products and flashy displays; many product trends are maturing is the narrative I saw there, and that’s really positive. But to me, the biggest news at the show was more business related: SVSi’s acquisition by Harman into the AMX line; Microsoft’s Surface Hub and its initial partners and go-to market strategy with Crestron, AVI-SPL, Whitlock, and Red Thread (among others); and the fact that the corporate market vertical is absolutely dominating the industry. All in all, I left Orlando feeling that the AV market is vibrant, robust, and poised for significant growth.

A few years ago, business outlooks were hazy on where the market was going, but at InfoComm 2015, the AV community revealed a much clearer view of the path ahead. We might stand still in time in our moments of exceptionality, but in between those moments, we are busy at work generating the next groundbreaking, pause-provoking experience.