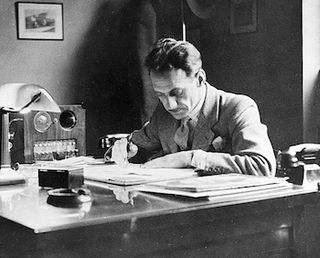 Some technologists are born, others are made. When did you know you were a tech-head?

I guess I kind of knew very young, being part of the TV generation and loving tech toys. And of course, when I was a student in college, I was attracted to work in the media center with films and video and other media. After graduating with a BA degree in Political Science, I eventually took a job at Montclair State University in AV and [pursued] broadcasting on graduate level. I received my MA in 1983 and have been with MSU for over thirty-five years as tech-head.

What was the most surprising u-turn or detour you've seen occur in the technology landscape so far in your career?

I wouldn't describe it as a u-turn or detour, but [there were] several major waves of change: from Filmstrips, 16mm film, audio cassettes, and reel-to-reel recorders; to Betamax, VHS recorders, and camcorders; to huge ceiling mounted data projectors and advance integrated installed systems as well the personal computers. Then in the 90's [there was] a huge growth in AV control touch panels and video conferencing. And now we are departing the analog world and transitioning to total digital media, desktop video conferencing, live streaming, archiving, and lecture capture. It has been some ride!

What is most misunderstood about IT?

Mostly folks have little idea of how complicated IT can be and how hard IT folks work (10 -12 hour days). And most folks think costs should be free or cheap. It is necessary to remind folks that you get what you pay for...

Why is FaceTime so much easier than videoconferencing? How do you explain that to users?

Actually, I think videoconferencing is easier, but folks are more comfortable with some FaceTime. I think most users have not yet developed a "video or TV self" yet and they have not found a comfort zone. Products like Vidyo are changing the perception.

What's the most common request you get from your users?

That is hard to say since I am no longer on the front line in operations. But I think most end use can understand or believe that VCRs & DVD players are going away, and that students can enhance their learning 24/7 when faculty are not a bottleneck and content is in the cloud.

Free association: What do you think of when you hear "AV"?

When I hear AV I think of how I've spent the last thirty-five years of my professional life, [with] InfoComm and all the wonderful AV consultants that I have met and worked with in that time. I also think of the over 240 mediated spaces I have worked on at Montclair State University, as we get ready to add another 100 plus rooms in the next 9 to 24 months!